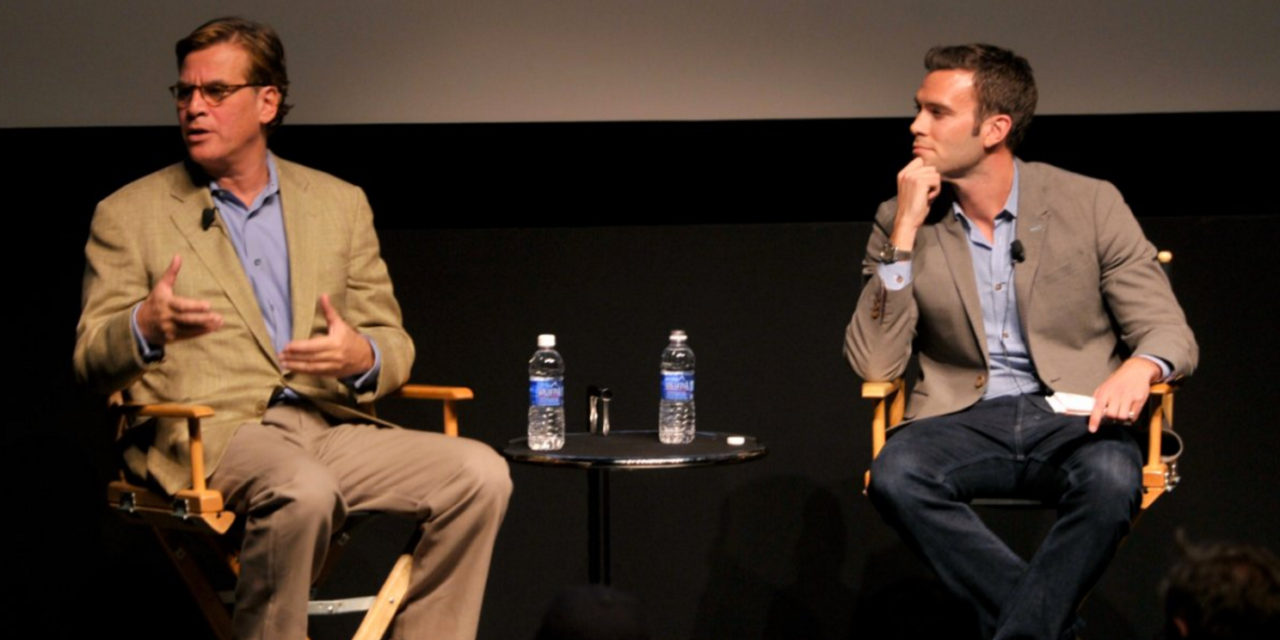 The Newsroom’s creator Aaron Sorkin said this to an audience at the Tribeca Film Festival on Monday,

“I’m going to let you all stand in for everyone in the world, if you don’t mind. I think you and I got off on the wrong foot with The Newsroom and I apologize and I’d like to start over. I think that there’s been a terrible misunderstanding. I did not set the show in the recent past in order to show the pros how it should have been done. That was and remains the furthest thing from my mind.

I set the show in the recent past because I didn’t want to make up fake news. It was going to be weird if the world that these people were living in did not in any way resemble the world that you were living in… Also, I wanted the option of having a terrific dynamic that you can get when the audience knows more than the characters do…

So, I wasn’t trying to and I’m not capable of teaching a professional journalist a lesson. That wasn’t my intent and it’s never my intent to teach you a lesson or try to persuade you or anything.”

First, I think that Aaron Sorkin should not apologize. It’s not just that he’s extremely talented and has brought us some of the finest television writing in the history of the medium, it’s that he seems to have more integrity (creative and otherwise) than some of the people who are involved in real news making. I was amazed when I read that he didn’t want his fictional news show to have fake news, when we have the real-life Fox News doing just that most of the time. Aaron Sorkin should not apologize because the worst of his Newsroom episodes is 1000 times better than any newscast shown on Fox News, both in content and in authenticity of the news story.

Secondly, Sorkin’s intent may not have been to teach professional journalists a lesson, but when we get some of the best news reporting from Comedy Central’s Jon Stewart, I think that it’s time for professional journalists to learn a thing or two. Who better to teach them than Sorkin? No one makes the case for “how it should be” better than he does, a writer who admits that he writes idealistically but with “just enough realism so that it feels like whatever romantic ideal is in there is somewhat attainable.”

Frankly, if anyone should be apologizing, it is the real-life journalists who should be acting more like the fictional Will McAvoy. Perhaps then, we wouldn’t have a news program calling itself “fair and balanced,” while being the absolute opposite, and getting away with it.