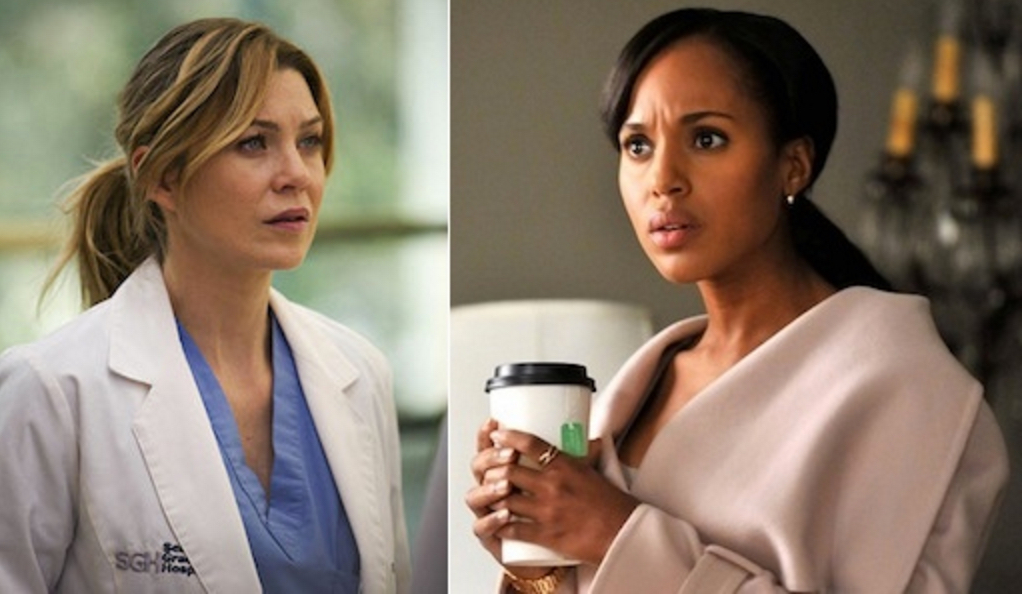 No, I never expected it, although I should have. There were signs. There was that Amelia hostility-filled speech to Meredith about never having lost someone that she loved. There was Derek’s insistence that Meredith needed to stay home and that he would be back soon. There was all that intense re-found happiness that signals that you can’t go anywhere else but down, usually crashing.

But all those signs pale in comparison to Grey’s history. I should have realized that once Mark & Lexie died, anything could happen. It was only a matter of time.

But still, Derek? It is incredible (as in impossible to believe) that Derek Shepherd is no more. We don’t need to suspend disbelief to accept that he’s dead. He was a living human being, and just like any other living human being (fictional or real) he could die at any moment of any day. We do need to suspend disbelief, however, regarding the accident that led to his death. Consider this, Derek was making a u-turn when he stopped the car in the middle of the two-lane road to find his ringing phone. A truck driving on the right would have hit the car towards the back, not right on the driver’s side as was shown. The speed of the truck also seemed off considering that they were on a winding road in the mountains. The truck could not have been driving as fast as it was depicted. A quick rewind also shows that there’s enough of a straight road for the truck driver to see Derek’s car and blow his horn long before he crashes into him.

But, ok, Grey’s is a soap-operish TV show. While the writing is consistently good with bursts of brilliance from time to time, it is not in the same league as Breaking Bad where the attention to script writing and filming are of the highest standards. So, fine. He died. Personally, I think that Derek’s death was an unnecessary plot development and a huge disappointment to fans of the show. However, unlike many comments I’ve seen on the web, I don’t think that Derek’s death is the death of Grey’s Anatomy.

Recently I told a friend that I was impressed with this current season considering it’s the show’s eleventh. It has navigated Sandra Oh’s departure quite successfully. I’ve enjoyed watching Grey’s so much this season that I’ve forgotten about the residents that I still don’t like. The fans might not like the fact that Derek is dead, but this opens up a whole lot of creative choices for the show. For example, if Derek and Meredith’s sex-filled reunion results in a pregnancy, Meredith will be a single mom juggling her career and her personal life with three young kids. There’s a lot of material to be explored there, especially knowing Meredith’s history of having a mom who chose her career over her daughters.

There will also be a host of stories that can be drawn from Derek’s death. For instance, the effect this will have on Amelia and the rest of the staff, especially Callie. Will she now turn to Arizona again?

You have got to admit, that would be pretty bold. Yes, I’m convinced that the possibilities that Grey’s could come back very strong next season are pretty much endless.

Compare that to Scandal. Jake did not die. Now that also is incredible, although here I’m using the word as in not at all credible. Not only did he not die from the multiple stab wounds inflicted by Russell, he did not die after being operated in a dirty warehouse by a shady doctor, nor after Russell disconnected some hose protruding from his stomach.

Speaking of Russell, how credible is it that a B613 agent, tasked with killing a target, does not hit any major organs in the stabbing spree that he seemed to so thoroughly enjoy and boast about to his victim? Watching how bloodthirsty Quinn and Huck can get, wouldn’t it have been more credible for Russell to tear out Jake’s heart, or cut his head off, or do something else but equally brutal, in order to really make sure that he was dead? Don’t get me wrong, I’m glad that he didn’t do any of these things. I’m pretty much disgusted with how gory Scandal has become. But, I’m sure you get where I’m going with this.

And just in case you don’t, let me spell it out. Scandal has become more progressively stupid each season. We have to suspend too much disbelief to accept the storyline’s development.

Scandal was at its most interesting when Olivia Pope was handling the scandals of the rich and powerful while having scandalous sex with President Fitzgerald. The introduction of B613 along with her sociopathic parents started the show on a downward trajectory just as the introduction of The Initiative did for Revenge. To be honest, I liked the addition of Rowan Pope when he first made his appearance. But, I can’t take any more of his bloated speeches.

Where could Scandal go from here? I certainly don’t know or care much. I’m close to deciding that I won’t be watching another season. How do I know? Even the camera shutter noise that I used to love is starting to get on my nerves.