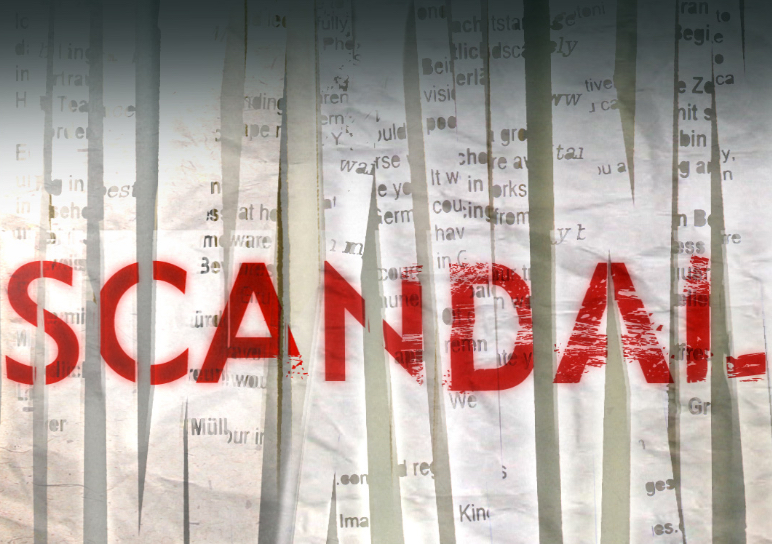 I’ve waited 3 days to write this post to make sure that if you’re reading this, you’ve already watched Scandal’s season 2 finale. But, if you still haven’t, then stop before the first heading.

However, whether you’ve watched it or not, know that I thought that what was good was excellent, what was bad was terrible, and that I’m left with some questions.

1. Nothing can tear Olivia Pope and Fitzgerald Grant apart, not the fact that she had sex with Jake, nor the fact that he killed Verna. How refreshing that the writers did not have Fitz reject Olivia in a jealous, drunken fit. After all she was with Jake after Fitz had banished her from his life.

2. The flashbacks that showed how Billy Chambers convinced Charlie not to kill him, how David Rosen found the safe’s combination so that he could steal the Cytron card, how Chambers was responsible for the three unsolved murders, etc. These flashbacks not only answered many questions, they made the episode fast-paced, edge-of-the-seat exciting.

3. Olivia’s masterful strategy to rid Fitz of Mellie, once and for all, and install herself in the White House as Fitz’s new wife.  It’s too bad that the Obama administration cannot hire Olivia Pope because, after all, she’s a fictional character. But someone in today’s [real] White House should be contacting whomever the show is using as a political consultant. Seriously.

4. Rowan is Olivia’s dad?! This is an unexpected twist. No one saw this coming and it’s brilliant.

1. Actually, something can tear Olivia and Fitz apart. She wants (or claims to want) to play mother hen to her team! Her team, the group of gladiators who don’t need protection from anyone because, well, they’re gladiators. It’s just not credible that Olivia is giving up the love of her life, especially after everything that they’ve been through, because she can’t come up with a plan to remote-control her firm during the 4 years that she would spend in the White House.

But if Olivia’s decision is not credible, its execution is worse. She tells Fitz, “I can’t leave them, they need me. I’m their gladiator.”  Wait, what? If anyone needs a gladiator is Fitz, which brings me to the next point.

2. Fitz is really the biggest wimp in the history of  fake television presidents. It seems that this guy can only be a man when he has a woman next to him. It’s obvious that he’s a better man when Olivia (the gladiator) is next to him and a worse one when it’s Mellie (the witch). But the real truth is that he’s not any kind of man. The minute that Olivia leaves him, he goes back to Mellie and puts his head on her lap?!

What happened to the guy who wanted to run as a divorced candidate? What happened to Olivia’s brilliant plan? Even if she still insisted on staying with her team, he could have certainly adapted the plan so that he wouldn’t have to go back to Mellie! But, even assuming that he decided that his chances for re-election would be better with Mellie by his side— again—did he have to put his head on her lap?!

3. In a women’s-lib-equal-opportunity perspective it was good to see that a woman could be as vicious as a man with an electric drill. But, there is no way that I buy that Quinn is the female version of Huck. First of all, she talks too much. Second of all, she’s too high-strung. No, I’ve seen too many movies not to know that an assassin has to be the silent, unemotional type and Quinn, well, I don’t think I need to say more.

1. Billy Chambers’ rant caught on tape by David Rosen, implicates Olivia Pope and her team of “thugs” in election rigging.  He mentions the “thousands of Ohio voters who lost their fundamental right of one man, one vote,” and “Samuel Reston, who won that damn presidency fair and square.” In order to convict Chambers of murder, this tape will have to be presented as evidence and the media will be all over it. Is this storyline coming in season 3? It doesn’t look that way. So far, all we’ve seen is Rosen getting a promotion, and Fitz revealing that Billy Chambers was the mole. If this huge loose end is not addressed in season 3, then this paragraph will belong in “The Bad.”

2. Why is Rowan so hell-bent on tearing Olivia and Fitz apart? Does he want his little girl to shoot higher? No, that can’t be it. How higher can you go than the President of the United States? Is he a Democrat who doesn’t like that a Republican is sitting in the White House and is willing to do anything to destroy him, at least personally? No, that can’t be it either, only a Republican could be as cold-blooded and vicious as Rowan.

3. Will they ever stop calling themselves gladiators? If I have to hear that word again, I’m going to puke. Furthermore, if they feel that they have to mention it at least once in every episode, then they should be consistent. Gladiators didn’t wear white hats. They wore metal helmets. Personally, I prefer  white hats to gladiators and seeing that Olivia donned one, can I presume that in season 3 the gladiator mentions will be greatly reduced? I sure hope so, but I doubt it.

That’s all for now, except for one last thing, I can’t wait to be scandalized again.