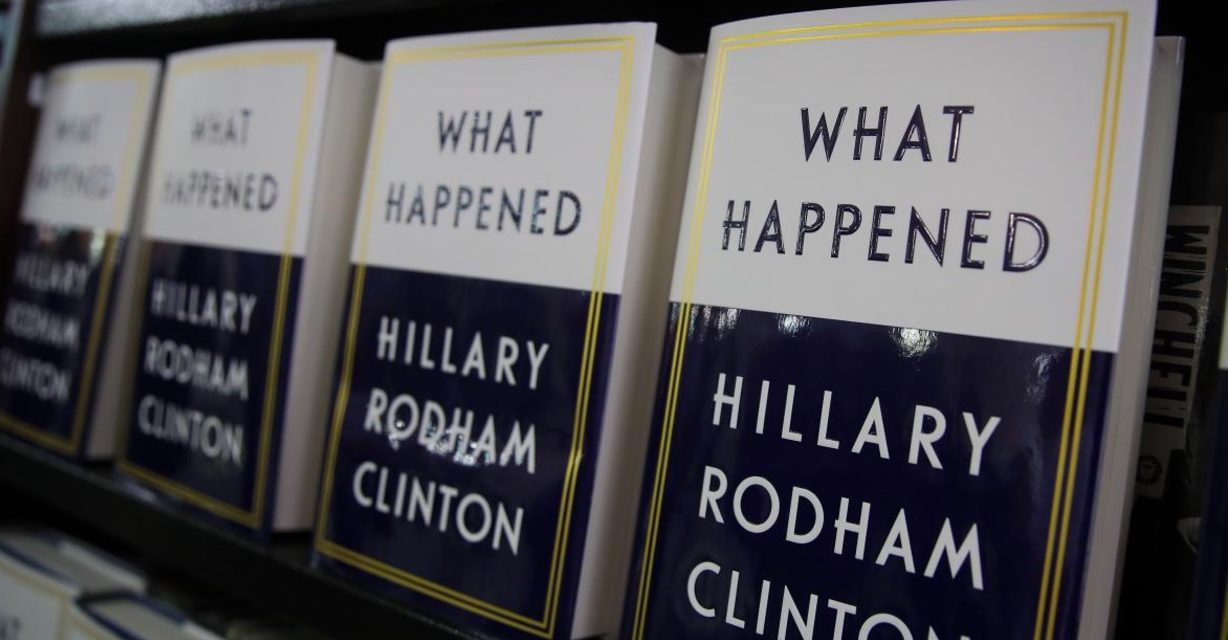 What happened should have never happened, and now we don’t know what will happen. I tweeted this recently after finishing Hillary Clinton’s latest What Happened.

But before going into the review, I want to point out something. This is not Hillary’s blame game as it has often been portrayed in the media from Donald Trump, right-wingers, and even some on the Left. Before the book even begins, at the beginning of the Author’s Note, Hillary writes:

Writing this wasn’t easy. Every day that I was a candidate for President, I knew that millions of people were counting on me, and I couldn’t bear the idea of letting them down. But I did. I couldn’t get the job done, and I’ll have to live with that for the rest of my life.

Hillary goes on in detail about the different elements that came into play during the campaign and that most certainly had a role in her loss. The first is Bernie Sanders. Hillary believes, as I do, that Sanders stayed in the race too long. In my June 8th, 2016 post Feeling The Bern, Feeling The Burn, I wrote:

…by stubbornly staying in the race he has been, for a long time now, stoking a hope with zero chance of it being fulfilled; he has been stoking resentment towards Hillary, even if that has not been his intention. The longer he stays the harder it’ll be for his supporters to turn away from him towards Hillary, especially because so many of them are young and idealistic. Blinded by anger, they might not realize (or care) that we really need them, along with women and minorities, to beat Donald Trump. Sanders is playing with fire. Let’s hope that in November we don’t feel the burn of a Trump victory.

But Sanders wasn’t only guilty of overstaying his welcome. He attacked Hillary’s qualifications and sold himself as politically pure, feeding the Right’s attacks on Hillary about not being trustworthy, even crooked. Hillary explains, “It was beyond frustrating that Bernie acted as if he had a monopoly on political purity and that he had set himself up as the sole arbiter of what it meant to be a progressive, despite giving short shrift to important issues such as immigration, reproductive rights, racial justice, and gun safety.” I know that in my last post I said that it was important to let go of the past and work together. But, I have to admit to a lingering anger towards Sanders, who continues to put forth big ideas that have no clear path to fruition because the numbers just don’t add up. Beyond that, his parading in programs like Stephen Colbert’s without any attempt at doing some badly needed self-analysis about the 2016 election is galling. His ego might be in close quarters with Trump’s.

On the issue of big ideas, Hillary wonders if this is an area in which she failed. She realizes that in a divisive, polarized environment an out-there inspiring idea would have worked better than her wonky list of difficult-but-achievable things to do. It certainly worked for Trump (border wall, mass deportation, killing Obamacare). She considered introducing a national UBI (universal basic income). Alaska already does it and to apply this to the entire country is certainly out there. It would have caught people’s attention. But, since the math didn’t add up, she abandoned it. This anecdote also shed light on one of my main complaints about the Democratic Party. It suffers from a deficit in effective, impactful political communication. Had she introduced the idea of a UBI, she would have called it Alaska for America. Uh….

Other elements that came into play that deserve full explanations and get them in her book are: Russian interference, the media, sexism/misogyny, and Comey. I still don’t understand why Comey spoke of the email investigation so close to a presidential election, neither does Hillary. I understand that this is against the law. I’m still waiting to see the legal ramifications of his actions. It’s not about revenge. I really want to understand what happened and this is one area where the book does not make things clearer, probably because even to Hillary herself, it is incomprehensible.

There are, of course, some figures. We have seen them before but for me they have gotten drowned out in the avalanche of news, mostly bad, to which we have been subjected daily since Inauguration Day. They’re worth mentioning. Out of a total of 136,000,ooo votes, the election was decided by 77,744, which confirms my belief that the Electoral College should be eliminated. As to the media, “In 2008, the major networks’ nightly newscasts spent a total of 220 minutes on policy. In 2012, it was 114 minutes. In 2016, it was just 32 minutes…By contrast, 100 minutes were spent covering my emails.”

Perhaps the most devastating figure is that 62 million people voted for Trump. Hillary addresses this and concludes that “…’change’ voters provided the bulk of Trump’s support.” But, she rightly concludes:

…everyone who voted for Donald Trump—all 62,984,825 of them—made the decision to elect a man who bragged about sexual assault, attacked a federal judge for being Mexican and grieving Gold Star parents who were Muslim, and has a long and well-documented history of racial discrimination in his businesses. That doesn’t mean every Trump voter approved of those things, but at a minimum they accepted or overlooked them.

She forgot the disabled journalist that he mocked at a rally. Such cruelty, such lack of compassion, I cannot forget this. This is, more than anything else, why I don’t want anything to do with anyone who voted for him. There is no excuse. There is no good-enough reason. A lot has been written about Hillary’s mistakes. Her biggest mistake was trusting in people’s basic decency, that they would not vote for someone like him. For this, I do not blame her. Where I do feel that Hillary failed was in not hitting the email story head on and with full force from the very start. Everyone knows that everyone in Washington uses private email because government IT is slow and outdated. Hillary’s apologies and willingness to take full responsibility might have been honorable, but they just fed the GOP distortion machine. They made her look guilty.

Moving away from figures, I found myself on the verge of tears a couple of times while I was reading the book, during the passages where she speaks about her mom. I also found that her love for Bill is deep and enduring. This surprised me. I never bought the rumors that theirs is a marriage of convenience. But, I don’t think that she has ever declared her love and admiration for him so openly. The fact that she has been able to forgive him so completely, keep her heart open to him, despite all the public humiliation that 00she endured due to his actions, speaks volumes of the type of person that she is.

This is a strong woman. She has the courage to give a detailed account of what went wrong knowing that to some it’ll come through as whining, justification, or blame assignment. It didn’t to me. I see it as a clear-headed analysis of what happened. To be fair, I suspect that Hillary took some pleasure in pointing fingers. She’s only human. But, the tone of the book is not bitter nor vengeful. She’s explaining what happened so that we don’t let it happen again.

Besides looking at the past, she also makes the case for what we need to do in the years to come, not only in terms of policy but in our treatment of each other. At the risk of being labeled New Agey, she talks about love, compassion, our need to care and to take care of each other. Stronger Together was not just a campaign slogan, it’s her life’s philosophy already evident when she wrote It Takes A Village.

It is a testament to her strength the way that she has handled her loss. It is awe-inspiring to see a woman who has been knocked down, criticized, maligned, and so thoroughly disliked by millions (and admits how much this hurts) bounce back the way that she has and in such a short period of time. She has written a book that not only has valuable insight into what happened and what needs to happen for a better future but also one that shows the kind of intelligence, preparation, and character that we need in our leaders. Read this book. It is important, timely, and necessary.

I’d like to finish this post with three quotes from the book that reveal the Hillary Clinton that I voted for and why I’m still with her. 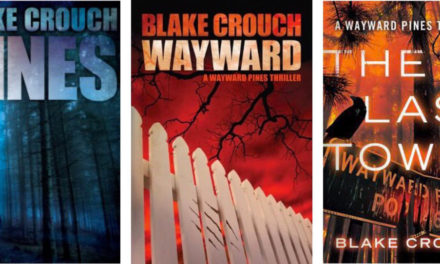