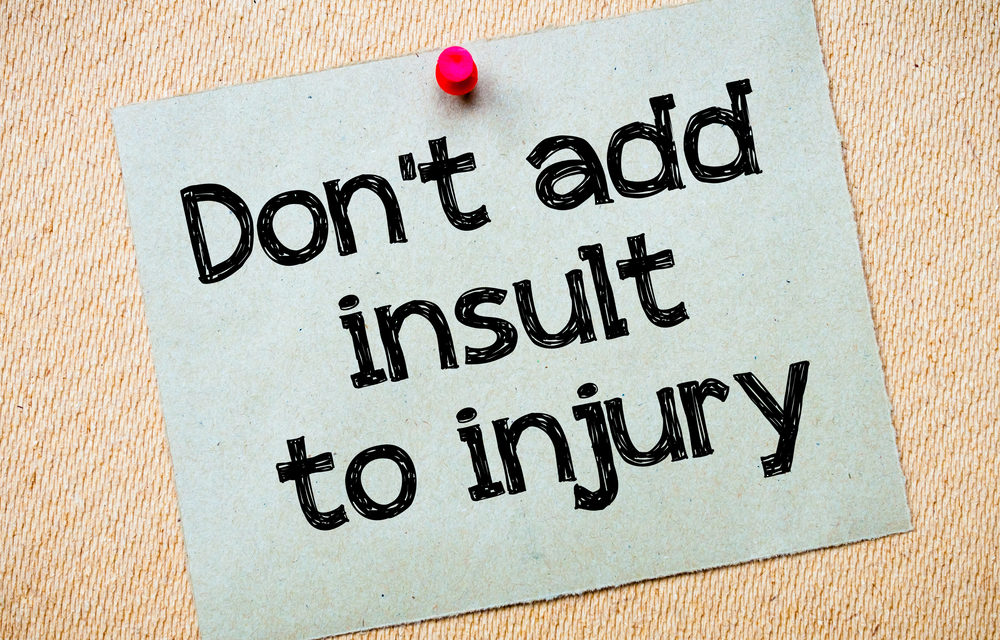 A couple of days ago, I got a notification congratulating me on my Twitter anniversary. Has it really been six years?! I don’t remember my life before Twitter. Hasn’t it always been there?  Also, how can I have stuck it out for six years when I find the 140-character limit ridiculous, especially now when there’s so much to say? Well, that’s not important right now.

What’s important is that I’ve been noticing a dramatic change on Twitter lately.  The change is that everyone seems to be going crazier by the day. Let me explain. While Twitter has always had a share of people that are very aggressive, even insulting, these were usually “normal” people. By “normal” I mean everyday people not known in circles outside their family, friends, and co-workers.

Today, celebrities, serious journalists, book authors, politicians—verified account holders—write “idiot,” “moron,” “ignorant,” and a host of other insults to others in their tweets. For those who are against the current administration, the tweets often include #TheResistance. That these well-known people with careers and reputations feel free to let go on Twitter is already crazy enough. What is even crazier, what would have been unthinkable just a few months ago, is that some of those tweets are directed at the President of the United States.

I like a lot of these people. I even understand them. I have never been able to write the words “president” and “Trump” next to each other. I don’t like that Trump is the president of my country or even like him as a person. I understand how angry and frustrated The Resistance is because not only am I angry and frustrated as well, I have also been tempted to tweet a few insults myself. But, I have held back.

I have held back because I don’t want to waste my time. Those who voted for Trump after seeing his behavior for more than one year, who still support him, are misguided, misinformed, or whatever. They have no common sense, no decency, and no shame. Nothing that I will say will change their mind.

On the other hand, I have never had to hold back from tweeting insults at Trump. I have thought them, yes. But I believe that the office of the presidency deserves respect regardless of who is occupying it. Remember when Rep. Joe Wilson yelled “you lie!” at President Obama? I was horrified. I will not do anything that will put me in the same category as Wilson. Also, I’d be a hypocrite condoning insults to Trump when I condemned those to Obama.

What is happening is not normal. It’s crazy. Yet, these days crazy is so frequent that it’s becoming normalized. For example, LeBron James “bum tweet” didn’t seem so bad to me, especially when compared to Lesean McCoy’s, “It’s really sad man … our president is a asshole”. To think that I was shocked when Jon Stewart called President Obama “dude” on his show.

You might be thinking that “he started it”, that if Trump wants to be respected, he needs to show respect first. It’s a valid point, but it falls short. If we consider ourselves better than him, then we must not go down to his base level. It demeans us.

But besides this, it’s counterproductive. The best way to resist is not through insults. This will engender other insults from the other side as it digs in its heels even more (by the way, heel is the worst I’ve called Trump on Twitter). Also, our focus switches from the issue in question to the back-and-forth insults. What’s more, if I learned anything from the hundreds of self-help books that I’ve read since adolescence, “What you resist, persists”. When we resist we are fighting against something instead of for something. “Against” brings exhaustion, “for” brings inspiration. The best way to resist is to persist.

Yes, it is important to point out the administration’s lies, mistakes, disregards, and even the cruelty of some of its policies. However, we can do this without the insults, just with the facts. Insults are wrong and ineffective. They are always a reflection of the sender, not the receiver. Who are we? Those who resist using the same dirty tactics, the same or worse words than those we’re against, or those who persist knowing that truth will prevail, that love trumps hate, and that we are indeed stronger together?