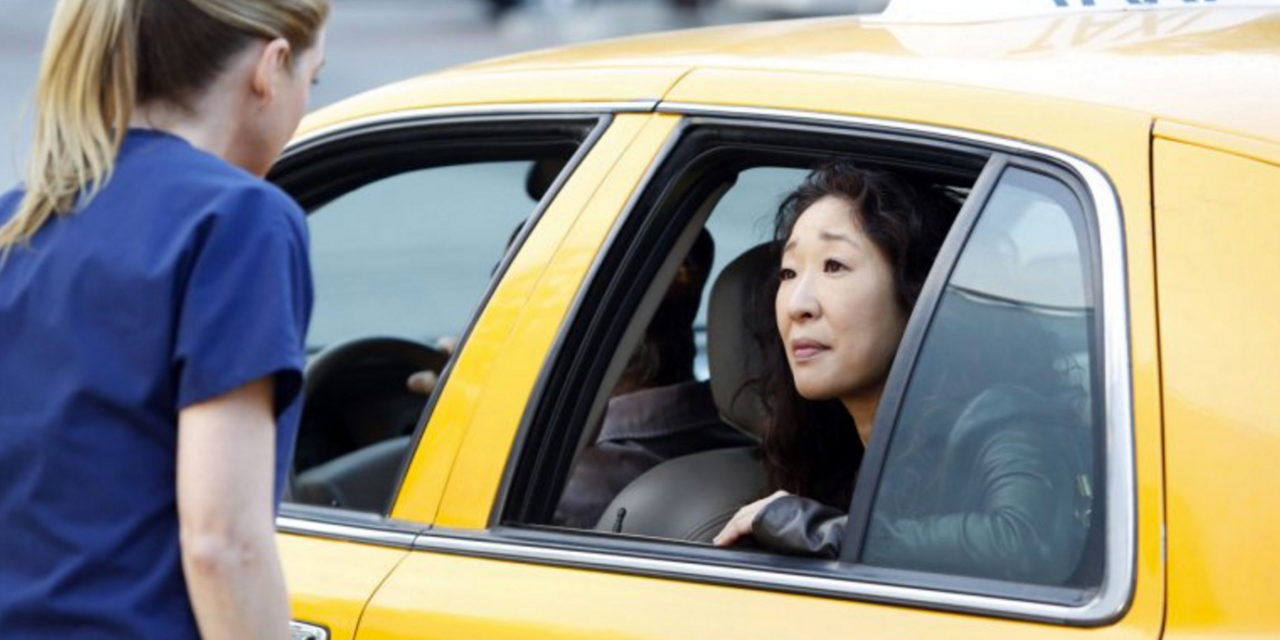 Ok, I’ve had it. I’ve read too many articles that claim that Sandra Oh’s departure from Grey’s is the last nail in the coffin. I’ve read too many excuse Grey’s current bland offering as the result of being on the air for 10 years.  It’s all BS. If Shonda would have hired me to revive the show (not that she knows who I am), this is what I would have done in season 10:

1. ALL FOUR INTERNS OUT: Besides getting rid of Leah & Shane, Stephanie would have asked for a transfer to another hospital due to a broken heart (especially now that April is expecting).  Jo would have had a psychotic break where she would have beaten up someone in the hospital for keeping her out of some surgery or other.

2. Burke & Cristina: Burke would have been back for several episodes, still single and childless. He would have convinced Cristina to head the hospital while he took up teaching at a prestigious university in the same town. He would have explained to her that he would accept her on her terms as long as they could spend the rest of their lives together, that continuing to live without her could no longer be an option, that it had been impossible all these years to get her out of his heart and mind. Pretty intense, right?

3. Owen & Cristina: I would have cut down their time together (in order to make room for the Burke/Cristina story line). Yes, they loved each other but even they themselves knew that they couldn’t be together. So to borrow from a recent and famous song “Let it go, let it go….”

4. Better Song For Last Dance: Speaking of music, call me picky, but that song was too slow for the type of dance that Meredith and Cristina were doing.

5. Owen & Emma: I would have had Emma join Grey Sloan and stop seeing Owen because she didn’t want to have him as a boss. Then have him slowly fall for her as he gets over Cristina in season 11.

6. Mark & Lexie: I would have had one or both of them appear on a dream to someone. I would have kept this top-secret, even from the cast. The objective? Just to have the thrill of  seeing them together again. If you’ve heard of the Michael Jackson hologram performance at the Billboards Music Awards, you know what I’m talking about.

7. Meredith’s new half-sister: Really? I wouldn’t have done that. But supposing that Shonda was insisting on this (or else I’d be fired), I would make her a kick-ass instead of a whiner. She knew that Yang only had a few days left in the hospital but that still didn’t stop her from complaining that she didn’t respect her authority. Blah, blah, blah. She’s going to be painful. Oh, and I would have cast a different actress. So far she’s not making me forget Lexie or Yang. I know that she’s only been on two episodes, but first impressions are everything.

8. Casting director:  I would have fired whoever brought in those 4 new interns in season 9 (unless it was Shonda herself, of course). A show like Grey’s that has been on the air for so many years needs to bring in new and exciting characters from time to time. These characters need to be played by actors who grab us from the moment that they show up in a scene, they are like an adrenaline shot to wake us up from familiarity fatigue.

They took Gaius Charles (Shane) from Friday Night Lights but I would have gone for Taylor Kitsh or Michael B. Jordan, or at the very least for their look-alikes. Wouldn’t you? But, to be fair, casting was not the only problem with the new interns. The show took too long to define each one individually, and also to have them relate to one another within the group. We didn’t care for them because not only did we not know anything about them, they didn’t seem to care about each other. I’m still wondering how Gaius Charles who was excellent on Friday Night Lights could do so badly on Grey’s, and that’s on the writers.

Season’s 10 finale was aptly named Fear (of the Unknown). Too many  fans are afraid of what’s going to happen to Grey’s without Cristina. But, I believe that a lot can still be done. If you know Shonda, tell her to give me a call.