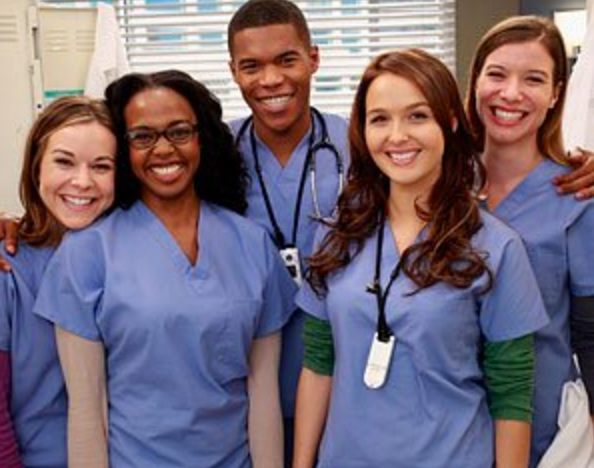 ‘Tis the season to be opinionated. The fall TV season has thankfully begun in time to give our eyes and minds a break from the humongous train wreck that is Washington. New and returning shows provide us with much-needed fictional drama and comic relief, and remind us that this is the way that is supposed to be. Yes, drama and comic relief should definitely not be provided by those we elected to govern.

But, anyway, Grey’s Anatomy has begun its 10th season and after the 2-hour premiere and a third episode it’s time for me to write the post that I’ve been wanting to write since season 9. Frankly, it’s after watching the season premiere of Scandal that I realized that Grey’s is in real trouble. It’s not that a “spare couple” hasn’t been found to replace the void left by the Sloan/Lexie storyline. It’s not that Christina & Owen really need to “either pee or get off the pot.” It’s not that April continues to get as much on my nerves as she did from the moment she arrived at Grey’s, proving that she hasn’t really evolved that much.

It’s not even that a huge opportunity to bring “sexy” back into the show was squandered by not making Avery into a “Sloan Clone” (after his break-up with April), inheriting the latter’s surgical genius and playboy ways until finding true love (with or without April). It’s wasteful to have turned the hottest guy on the show into a sack of reasonableness pushing April back into her fiance’s arms (which I’m still not sure it’s where she really wants to be). This is even more true when considering his new steady, one of the new interns.

Noticed how I said “one of the interns”? Yeah, I really can’t remember her name (third one from left), nor the name of the one that always looks upset (fourth from left).  That’s why I had to put their photos above. I know that Karev is going out with the first one (from left to right), and I am glad for him. It’s about time that he finds love after Izzy, but their chemistry seems a bit forced since the season started. I remember the male intern’s name is Shane because he finally did something worthy of notice (convincing Dr. Webber to put on a feeding tube), after moping around a long time because he basically sent that other intern to her death (shown in group photo).

This is it, this is what’s wrong with Grey’s. I was starting to think that the storm at the end of season 9 was one disaster too many for my taste. But no, the storm wasn’t the problem, the problem is the black clouds.

I don’t know how else to call these interns who add absolutely nothing to the show. Who cast them and/or who is writing their parts? I have very little interest in each of them individually and a lot less as a group. I was trying to figure out the reason for this and I realized that I really don’t care.

Something has got to be done about these interns. It’s too bad that they didn’t all die in the storm, you know, when the roof caved in the emergency room. Yes, the storm might be over, but the black clouds remain, unfortunately.