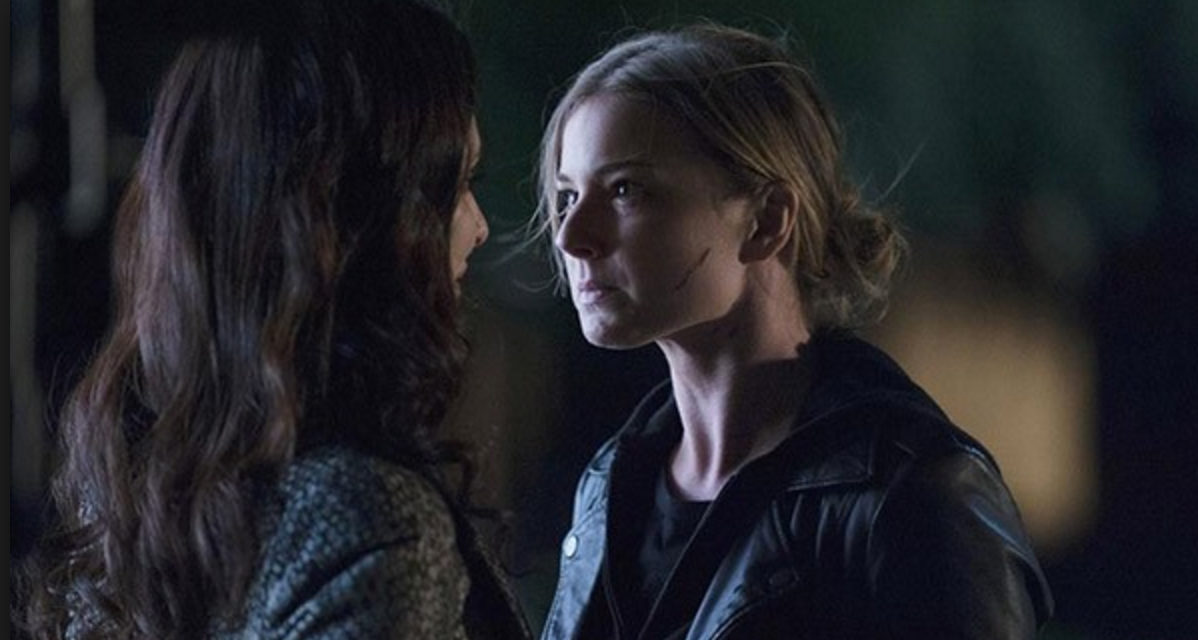 Wow, I’ve just finished watching Revenge and my head is spinning. Just when I thought that I was out, it pulls me back in. Season 3’s finale was a strong show with some scattered weaknesses. Here’s what I liked and didn’t about Execution.

-The pace: A show that has been dragging the story line with improbable scenarios (think The Initiative in season 2), had a lot of things packed up in one episode and the pace was fast. Not only did I not fall asleep this time, I actually cared about what happened next.

– Aiden’s death: I’m glad that we won’t have to go through another break-up/make-up session with Aiden and Emily. I always saw Aiden as a good partner-in-revenge for Emily, but I just never bought them as a couple. That’s probably because I’ve always been rooting for Jack and Emily.

– Daniel’s setup: There was a time when I wished Daniel well. Let’s face it, he has always been a pawn, either his parents’ or Emily’s. But seeing how quickly and comfortably he has turned evil, I can’t wait until he’s out of the picture. Is the setup the beginning of his end? I hope so.

– Victoria’s fate: How great was it to see the ice queen rant and rave like a mad woman, and for once while she’s telling the truth? Pretty great. But the best part is that Victoria’s fate was plotted to perfection. This is the type of planning and execution that we expect from Emily Thorne and that has been sorely missing for some time.

– David Clarke: I didn’t expect him to be alive and killing. Plus, he looks hot.

– The pace:  I think it would have probably been better to spread out the various plot developments into several episodes. For example, this season finale could have just featured Aiden’s death and Emily committing Victoria to the crazy house. Then, David’s Clarke re-appearance, Conrad’s release from prison and consequent stabbing, and Daniel’s setup could have been the first few episodes of season 4. Our expectations are now very high. Will the writers be able to deliver? I have a big doubt, but I’m willing to give them the benefit of it.

– Thumb massage: I thought that it was a bit of a stretch for Charlotte to figure out that Jack was somewhat involved in her kidnapping when he put his hand on her shoulder and thumb-massaged her. But at least this was not as bad as Emily figuring out that Stevie, Jack’s mother, had visited her father in jail when Nolan offered her a gin drink, a few episodes back.

– Perd-ition: They chose the same actor who plays oddball anchorman Perd Hapley on Parks & Recreation as an anchorman who broadcasts that David Clarke has been cleared of all charges. Seriously? Obviously not.

– Prison break: But as if that weren’t enough, they used the same actor who played Brad Bellick,  a corrupt guard in Prison Break, to play a corrupt prison guard in Revenge. Seriously, seriously? And if that weren’t enough, supposing that we buy that it’s really that easy to break out from prison, what is Conrad doing singing in the middle of a road while taking off his priest’s disguise? If he was hoping for a ride, shouldn’t he keep his disguise on? Shouldn’t he be a bit nervous about: 1. Who sprung him from prison and why, and 2. What is his next move now that everyone knows that he’s a terrorist?

It really bothers me when a show insults my intelligence. Then again it could be argued that intelligence is not really required when watching Revenge and maybe this is exactly why we watch, at least for a while. In any case, kudos to the writers who have managed to bring back Revenge from a sure death, and in full force.