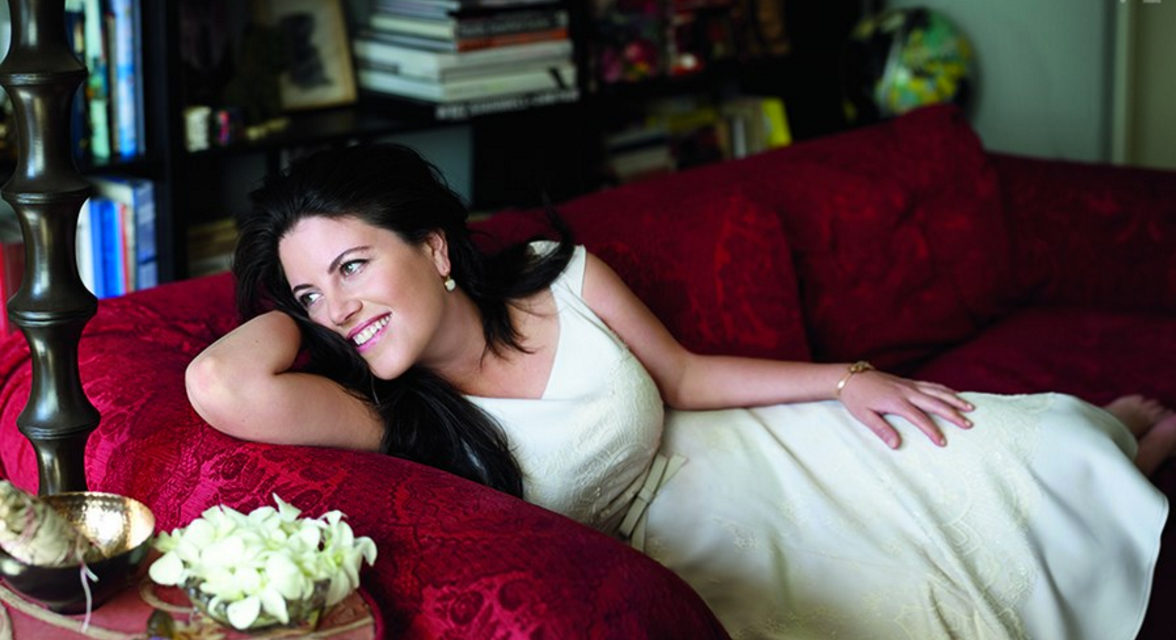 Monica Lewinsky is back and I’m glad, and not just because I get to combine two of my favorite subjects—politics and sex—in one post. But before I go any further, let me just say it. She’s 40? Wow, [Tweet “Time flies even when you’re not having fun.”]

After reading her Vanity Fair article Shame And Survival, it seems to me that the 16 years that have passed since she “was arguably the most humiliated person in the world” have been a lot of things, but fun is not the first thing that jumps to mind. At first, she survived the scandal. Later, she needed to construct her life despite of it, a process that is still ongoing today.

I don’t get the negative articles that have been written about her Vanity Fair piece, especially from women. One of the harshest is from Andrea Peyser, a conservative writer at The New York Post, entitled Monica Lewinsky should shut up and go away, while the publication itself featured this front page. Classy.

However, what is really shocking is reading about a meeting of feminists that took place on the ninth day of the scandal (January 30th, 1998). This meeting included writers Erica Jong and Nancy Friday, among others. Ms. Lewinsky explains, “The New York Observer brought this coven together to trade Interngate insights, to be recorded by Francine Prose.” It is a sad exchange of how mean women can be to one another. At the end of it, Erica Jong declares,  “I think it’s a tribute to how far we’ve come that we’re not trashing Monica Lewinsky.” Because she saying, “My dental hygienist pointed out that she had third-stage gum disease,” and Nancy Friday saying “She can rent out her mouth” is not trashing. Right?

One of the healthiest reactions to the Vanity Fair piece is from a man. Bill Maher said this on Friday, May 9th, on his HBO show Real Time With Bill Maher: “I was moved by it. I gotta tell you, I literally felt guilty…I remember doing a million Monica Lewinsky blow job jokes, and I kinda feel bad.”

There is no doubt that Monica Lewinsky made some bad choices. But what 24-year old woman would not have fallen for an intelligent, charming man who also happened to be the most powerful one in the world? I know I would have.

What I would have probably not done is survive the humiliation. As she herself says, “my love life, my sex life, my most private moments, my most sensitive secrets, had been broadcast around the globe.”

And her humiliation continues to this day,

“Every day I am recognized. Every day. Sometimes a person will walk past me again and again, as if I wouldn’t notice…Every day someone mentions me in a tweet or a blog post , and not altogether kindly. Every day, it seems, my name shows up in an op-ed column or a press clip or two—mentioned in passing in articles on subjects as disparate as millennials, Scandal, and French president François Hollande’s love life. Miley Cyrus references me in her twerking stage act, Eminem raps about me, and Beyoncé’s latest hit gives me a shoutout. Thanks, Beyoncé, but if we’re verbing, I think you meant ‘Bill Clinton’d all on my gown,’ not Monica Lewinsky’d.”[Vanity Fair]

Monica Lewinsky’s Vanity Fair piece is an act of courage as much as this was 16 years ago,

“…just five days before the world had ever heard my name the F.B.I. —after my friend Linda Tripp approached Special Prosecutor Kenneth Starr’s office with information about my affair with the president—entrapped me in a terrifying ‘sting’ in the Pentagon City mall. At age 24, cornered in a hotel room on January 16, 1998, with mainly male interrogators taking orders from Starr, I was discouraged from contacting my attorney and threatened with 27 years in jail for filing an affidavit denying the affair with Clinton, among other alleged crimes. I was offered immunity from that threat if I agreed to place monitored calls and wear a wire in conversations with two of the president’s confidants and possibly the president himself. I refused. Confiding in Linda Tripp turned into an unintended betrayal. But this? The mother of all betrayals. That, I couldn’t do.” [Vanity Fair]

It is clear that Monica Lewinsky has more decency than many of those who still milk her humiliation for profit, for political purposes, or for laughs. I applaud her for writing the Vanity Fair piece. At a young age, she went through one of the worst public humiliations in recorded history and survived it with dignity. Now, fully aware of the risk of suffering further humiliation, she’s willing to undergo it in order to help others, and, eventually, finally heal herself. For this, she deserves recognition. As for me, she also has my respect.