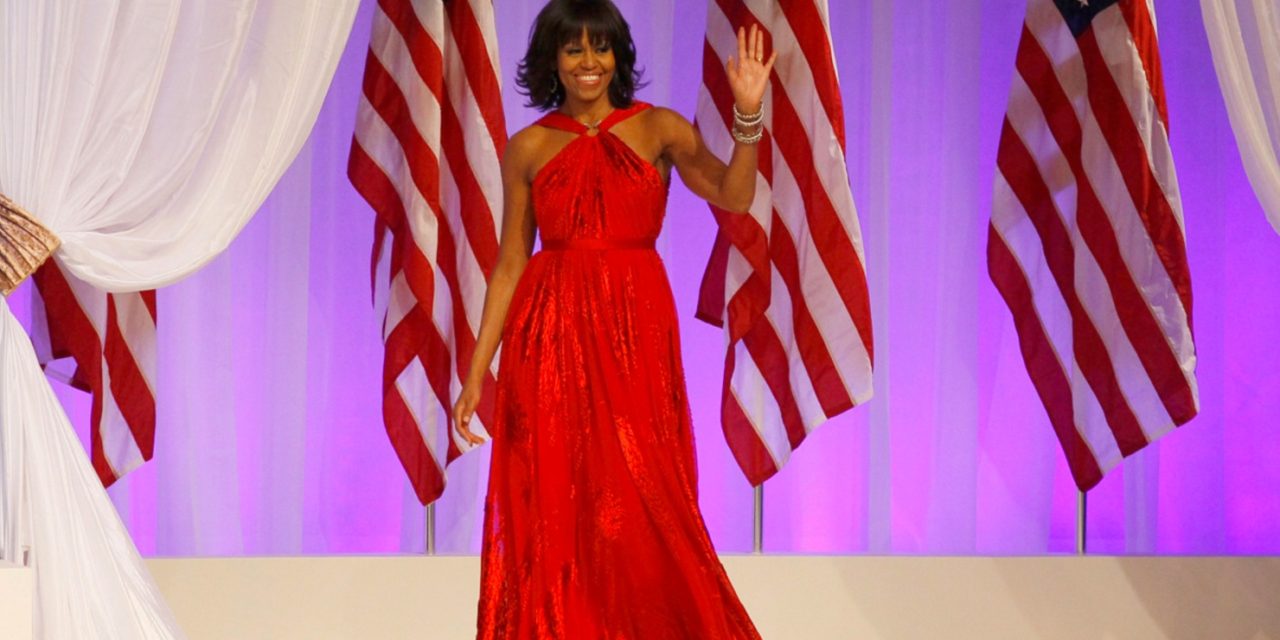 You were probably expecting a post about President Obama’s inauguration speech, and what it means for his second term.  Believe me I had the intention of writing such a post today. But, I can sum up the speech in one sentence.  It was a rallying cry for his supporters and an absolute repudiation of the conservative agenda, given with the voice and demeanor of a strong leader. Yes, President Obama sent a strong and loud message to the GOP. I can sum it up in four words: “Don’t mess with me.” There.

Now, let’s move on to what you were really hoping I would write about today:  Michelle Obama’s dress. It was red! If that’s not a sign of bipartisanship, I don’t know what is. It was gorgeous. She was gorgeous in it. What about those bangs? They make her look 10 years younger, but back to the dress. Surprisingly, it was a Jason Wu.

I say “surprisingly” because every one was expecting the First Lady to choose a dress from an unknown American designer and thus launch his/her fashion career. For this very reason, Van Jones of CNN expressed his disappointment that she had chosen the same designer, as in 2009, and for a split second I agreed with him.  But then, I didn’t.

Michelle Obama has lived all of  this first-hand.  She has been by the President’s side in his worst moments.  She has seen the deep suffering that he has felt, as when 20 innocent children and 6 adults lost their lives Newtown.  She has watched her husband’s hair turn gray with the heavy presidential workload and the even heavier weight of responsibility.

If she wants to wear a Jason Wu creation for her husband’s second inauguration, she has more than earned the right to do so. However,  I wouldn’t be surprised that just like she chose red, her decision to choose Wu again is also symbolic:  The continuation of what was started in 2008.

Whatever the case may be, she made the right choice, and there is no doubt that, with that stunning dress, Jason Wu woos the First Lady a second time. I, for one, am tickled  red.