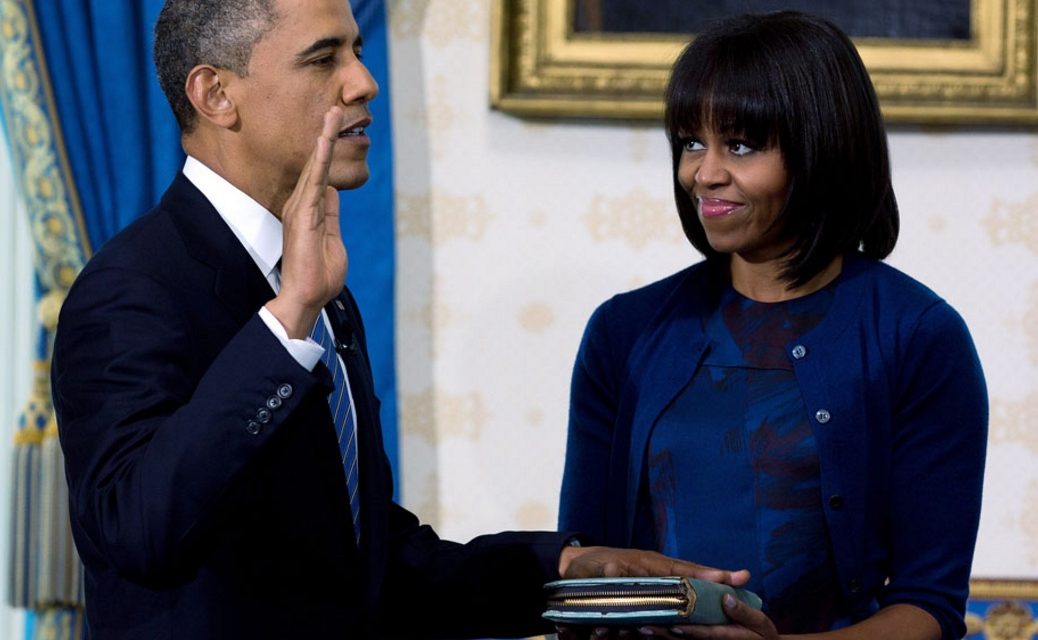 In less than an hour, we will watch the Presidential Inauguration for President Obama’s second term. I am equally elated and subdued.

I am elated for many reasons, not the least being that President Obama is both the man who, without a doubt, deserved to be sworn in yesterday and also the best President we could possibly have in these difficult times.

I confess that an important reason for my elation is due to relief. There were times before the November election when I feared that Romney was going to win. If you’re familiar with this blog, you know that I absolutely didn’t want Romney to become our 45th President. It wasn’t only that I felt that he wasn’t right for the presidency. A Romney win would have meant that the GOP had achieved their goal of a one-term Obama presidency.  A goal that they pursued with unprecedented obstruction, in falsehood and bad faith without caring for the consequences it would have for our country.

A Romney win would have rewarded what I have several times called political malpractice and others have gone as far as calling treason. If the GOP would have gotten away with it, then I really don’t know what would have become of our country. A country led by the standard-bearer of a party that believes that anything and everything is allowed in the pursuit of power. I am grateful that most Americans saw though the GOP and gave President Obama a decisive victory in both the popular and electoral votes. That’s another reason why I’m elated.

However, as happy as I am, I also feel a deep calm. Not the one that comes from satisfaction after a hard-won victory but the one that comes in contemplation of what lies ahead.  I am not the same person who, back in 2008, felt that Barack Obama was going to change our country and the world along with it.

I remember the morning after his first election, I remember telling my sons that Barack Obama had won, but I didn’t tell them that he was our first black President.  I felt no need for it. Americans, in voting so overwhelmingly for him, had made Martin Luther King Jr.’s dream a reality. The man who would occupy the highest position in the land had been judged by the content of his character and not by the color of his skin. After this, anything was possible.

I believed this in hope, others believed it in fear, and so they made it their mission to make sure that nothing would be possible.

In these past four years my eyes have been opened too often in shock at seeing to what lengths some have gone to destroy President Obama. At times with  disbelief that President Obama was allowing it to happen through his non-confrontational style and, what I felt, was an exaggerated need for compromise.

In these past four years I’ve sometimes been angry at him, mostly for not standing up more to the Republicans.  But in the worst of those days, my eyes were further opened to the realization that change is not easy, that it requires goodwill and collaboration and that despite not having either of these, President Obama has achieved what many others tried to but failed.

To answer Sarah Palin’s question, that hopey/changey thing is working out really well for me. Change has come to my country.  We now have a national healthcare plan, soldiers are allowed to fight for the country they love regardless of who they love, we are on the path to sensible gun control.

We have a lot to do still. Important issues like immigration reform and climate change can no longer be ignored. I hope that the GOP will be more cooperative in President Obama’s second term than they were in his first.  But seeing their behavior since the President won re-election, I doubt it.

However, perhaps the time has come to let go of hope and replace it with certainty. Certainty that we will move forward regardless of how hard some try to push us back, the November elections being irrefutable proof of this. Certainty that our future will be brighter and that together we can do anything that we set our minds to do. We can have this certainty for two reasons, because we are Americans and because Barack Obama is our President for 4 more years.