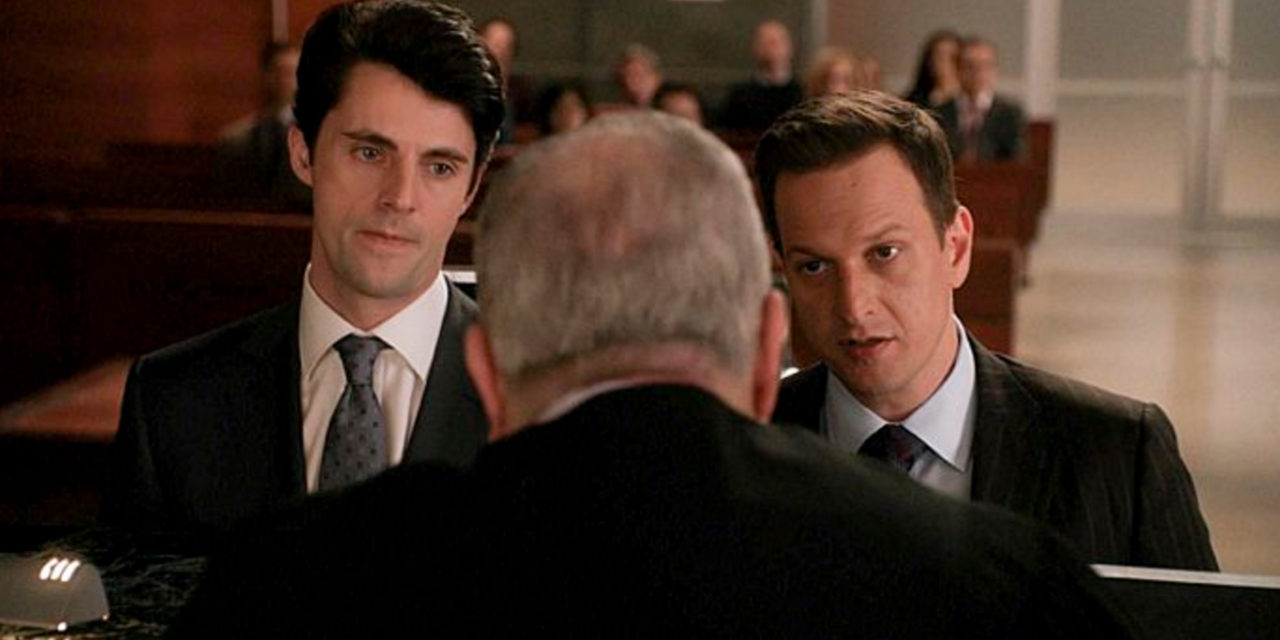 I hope that if you’re reading this you have already seen last Sunday’s episode of The Good Wife: Dramatics, Your Honor.  If not, stop right now.

This is the second television post I write in a span of two days. It seems that my writer’s block , which was sparked by politics, can only be undone by writing about television.

On Sunday, I wrote about Revenge, and how bad it has become. The Good Wife, by contrast, is what excellent television looks like.

No, I’m not happy that Will is gone. For me, it was a given that Alicia and Will would end up together at the end of the show’s run. Every week I looked forward to watching how that eventual reunion was being shaped.

But, unlike some viewers who are swearing to abandon the show, angry at Will’s death, I plan to continue watching and seeing what new direction it will take.  Why? Because while I may be in shock about what has happened, I’m in awe of how it was carried out.

First, we never saw it coming. It’s not just that it’s very rare for main characters to be killed off, it’s that previous episodes showing flashbacks of Will and Alicia making love, Will imagining a confrontation with Alicia, and Alicia remembering how she got hired at Lockhart/Gardner, led us to believe in and look forward to their reconciliation.

We now know that Josh Charles wanted to leave the show and that he made his wish known early enough for the writers to be able to develop the storyline that we now find ourselves hating/admiring. But in this too, in keeping his departure under wraps, the show’s writers and entire crew have shown a discipline that we rarely see these days.

Second, Will had to die. It’s the only way that can fully explain why he and Alicia would not end up together. But his death, the result of being shot in court by his client who was innocent of murder but who ends up murdering him is just a stroke of genius. It not only added to the element of surprise, but it has done a couple of other things as well: 1.  It gives some closure, Will died doing what he loved, and 2. Despite the fact that Will is a fictional character, his sudden death reminds us of life’s randomness and our resulting vulnerability.

Finally, the exit of a main character from a show is something that, I imagine, is very difficult to execute. In the short-term, the show runs the risk of angering loyal viewers. In the long-term, it runs the risk of losing direction.

However, after having seen the meticulous way in which the writers have developed the characters and story lines throughout five seasons, after seeing how carefully they orchestrated Josh Charles’ exit, I’m willing to bet that the show will continue to deliver honorable dramatics, and I’ll be watching.