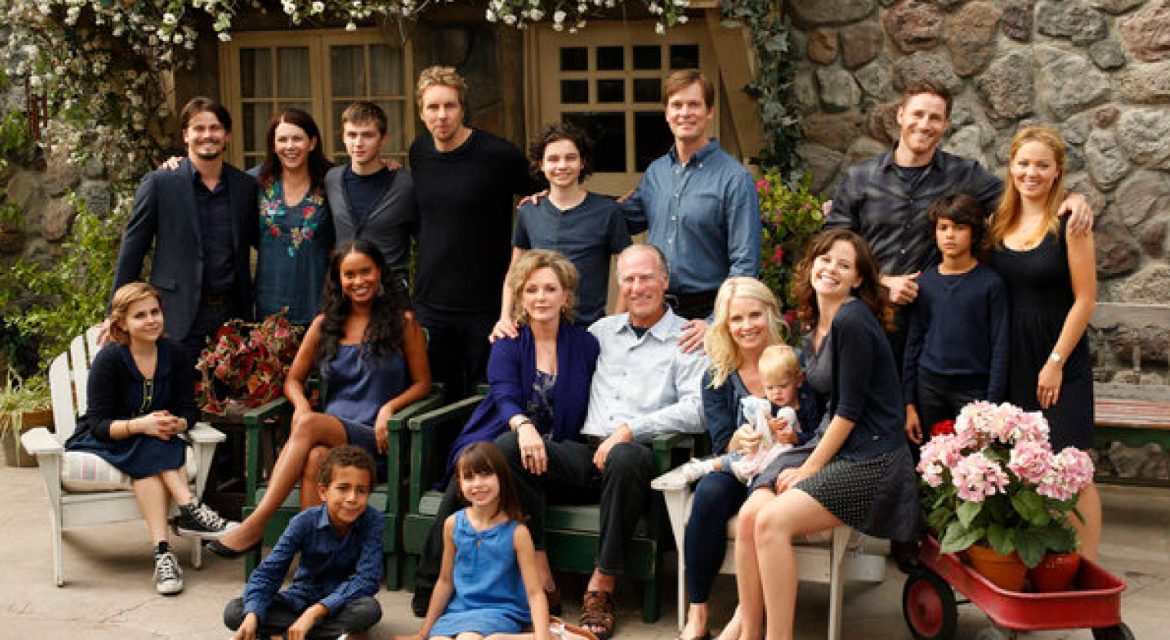 I almost didn’t write this post, not for lack of wanting, however. I just watched the finale on Friday, and it’s still very fresh in my mind. But this review post is quite late when you consider that Parenthood’s sixth season and show finale ran 11 days ago on Jan 29th. So, I’m sure that you’ve already read whatever you were going to read about it. In case you’re still interested in what I may have to say, though, read on. But, just in case:

IF YOU HAVEN’T SEEN THE SHOW’S FINALE STOP READING NOW.

So, yes, I had basically given up on writing this post. However, yesterday was my birthday. My oldest son wrote me an incredibly sweet email thanking me for being his mom and always supporting him even when he’s a PITA (pain in the ass). He’s 14, so he can definitely be a royal PITA. Luckily for me, that does not occur too often.

Needless to say, I was very touched by his email. I was grateful to hear how positively he interprets my parenting style since I’m quite incapable of doing so myself. I fluctuate between two states of guilt. In one, I think that I don’t spend enough time with him, that I should be more present. In the other, I think that I’m too present and that he needs more space. Guilt is motherhood’s curse.

But, it’s a curse that I gladly bear considering all the rewards that I get from being a mom. However, even still experiencing the warm fuzzy feeling I got after reading my son’s email, I’m lucid enough to know that not everyone should be a parent, nor does one have to be a parent to have a rewarding life.

Parenthood is not easy, not even for me who always knew that I wanted to be a mom. Since children do not come with instruction manuals, I’ve read some books about parenting throughout the years. But, I am not exaggerating when I say that I also learned to be a better parent by watching Parenthood. A show that lasted six seasons, it covered the years between 8 and 14 for my oldest son, and 5 and 11 for my youngest. I also cried like hell watching this show and maybe those tears became the glue for the parenting lessons that I learned, watching the show, to stick to me.

Parenthood was not a perfect show. I hated Ray Romano as Hank and even though I grew to like him towards the end; I still didn’t like him to end up with Sarah. They had absolutely no chemistry. I’m not just saying this because I was devastated when Sarah and Mark didn’t make it. I was ready to accept that fate with the introduction of Carl (Sarah’s handsome, philanthropic neighbor). But ok, I wouldn’t have wanted her to leave with him to Africa.

Joel’s refusal to speak with Julia was so unlike his character that I had a hard time with this storyline, especially because it lasted so long. But, I realize that it can be explained away by the fact that sometimes people in our real lives also react quite differently from what we expect.

I had a very hard time with Zeek and Millie’s storyline. I didn’t like them selling the house and I still don’t understand why Zeek had to die. In fact, I’m not even quite sure why the series had to end now. I read a very interesting article about Craig T Nelson  where he expresses these same opinions, except that he does it much better.

That said, Parenthood was almost perfect. It was sentimental, but rarely corny. It showed the value of family despite all its complications, and the importance of communication. Mostly, for six years, week after week, it reminded us of the power of love.

Parenthood is one of the few TV shows that has most successfully wrapped up its finale. Nothing felt rushed or out of place. Even more interesting for the fans was that we got to catch glimpses of their future. We will not be there to share their lives as we’ve been doing for the past six years. But we could see that they’ll be happy, and that ‘s a big consolation for having to say goodbye. Like many storylines in Parenthood, it is also a message. Life goes on.

May God Bless and Keep You Always…