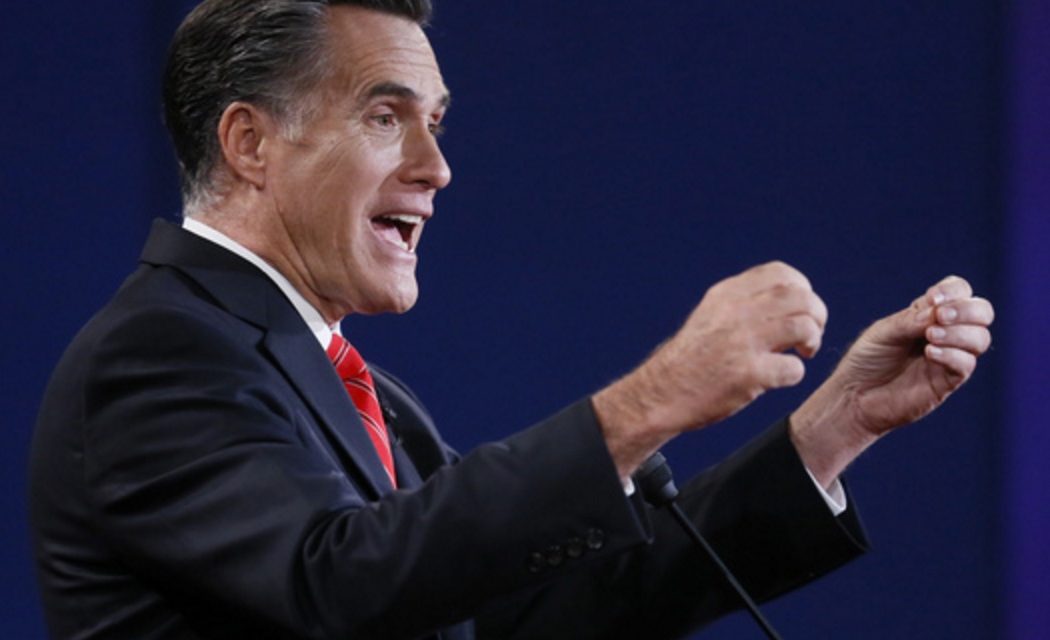 One of the things that was most evident about Wednesday night’s presidential debate was Mitt Romney’s agitated state.  He was speaking very rapidly, interrupting President Obama frequently, preventing Jim Lehrer from moderating adequately, and last but not least, lying profusely.

One would think that Romney, who desperately needed to revive his campaign, was in some kind of manic state, using up all his nervous energy to give a forceful performance.  Very few of us, myself included, suspected that he could have been employing the “Gish Gallop.”  According to the website rationalwiki.org:

The Gish Gallop, named after creationist Duane Gish, is the debating technique of drowning the opponent in such a torrent of half-truths, lies, and straw-man arguments that the opponent cannot possibly answer every falsehood in real time. The term was coined by Eugenie Scott of the National Center for Science Education.

I believe that this technique coupled with Romney changing his position on various issues, at the debate,  overwhelmed President Obama.  I’m not the only one.   David Gergen, former adviser to Presidents Nixon, Ford, Reagan & Clinton, believes that President Obama was thrown off his game because he was “so surprised that Romney was sort of  flat out lying.”

If this was indeed the case, it is another example of our party’s naivete and Democratic restraint.  After watching Romney flip-flop in the last 18 months, after Romney’s staffer Etch-A-Sketch comment, after knowing how desperately Romney needed a bump in the polls, the debate prep should have included a what-if-he-flip-flops-at-the-debate module.  But because it didn’t, it appeared that Mitt Romney galloped all over President Obama.

I personally don’t think that Romney won the debate, neither in content nor in style. But I have to admit that because President Obama’s performance was so underwhelming, we are now stuck with this general assessment.

So, on to the next debates.  We will be better prepared.  Now, we not only know the depth of Romney’s debate bullshit, but also its name: The Gish Gallop.