I, like many women (and men), was outraged at Rush Limbaugh’s “slut attack” on Sandra Fluke.  But I have to admit that, after my initial indignation, I have started to see the silver lining to the dark “Limbaughian” poisonous cloud.  To get to the point, Rush Limbaugh’s despicable behavior is a total fluke for Democrats during this election year.

The Oxford dictionary defines “fluke” as: an unlikely chance occurrence, especially a surprising piece of luck.

Think of it, before the attack on Fluke, many political pundits were questioning Obama’s ability to win the female vote since more women voted for Republicans than for Democrats  in the 2010 mid-term elections. But Limbaugh’s attack has energized women—both Democratic and Republican against the extremism of the Grand Old Party.

In a two-year period where we have seen a Republican House majority pass an amendment to defund Planned Parenthood, the Komen/Planned Parenthood fiasco, a law requiring an ultrasound before an abortion being passed in Virginia,  and a heated debate over a birth-control mandate that culminated in the Rush of insults against Fluke, it seems that women have finally had enough. Last month, in a Pew  Research Center poll,  “Obama…was carrying female voters by a lopsided 59 percent to 38 percent over either Republican [Romney/Santorum].”

Rush Limbaugh’s attack on Sandra Fluke is proof of the Republican “war on women” that Democrats surely named but did not make up (as some conservatives claim in their attempt to spin themselves out of this scandal). Rush Limbaugh is an “intellectual” leader of the Republican party and instrumental in the extreme conservatism it has adopted in recent years.  It is an “unlikely chance occurrence”  that Limbaugh would hand over such a gift to his sworn enemies, and it is a “surprising piece of luck” for a Democratic party who has been pretty deficient at political communication and messaging (on everything from Obama giving a tax cut in the first stimulus to the provisions in the new health plan).

I feel terrible that a decent young woman was the recipient of Rush Limbaugh’s small, perverted mind and big foul mouth. I can only hope that when she was going through this very public attack she remembered Eleanor Roosevelt’s famous words, “No one can make you feel inferior without your consent.”  Limbaugh’s attack on Fluke is a reflection of his character, not hers.  I am not glad that it happened, but I am glad to see the  consequences—actual and potential.

In the short term,  I am following the exodus of advertisers (140 so far according to Think Progress) pulling their ads faster than we can say “rush,” and enjoying every minute of it.  In the medium term, I hope that most women will continue to vote for President Obama and the Democratic party, that they have realized that extreme ideologies whether they be economic or social are not the way to move our country forward. Finally, in the long term, I hope that Rush Limbaugh is silenced, or at the very least muffled.  Perhaps only then we can start moving towards a more balanced approach in our political discourse.  In the meantime, I’ll keep smiling, rubbing my hands and saying, “Oh Rush, what a Fluke! 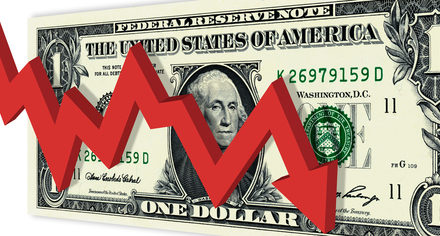