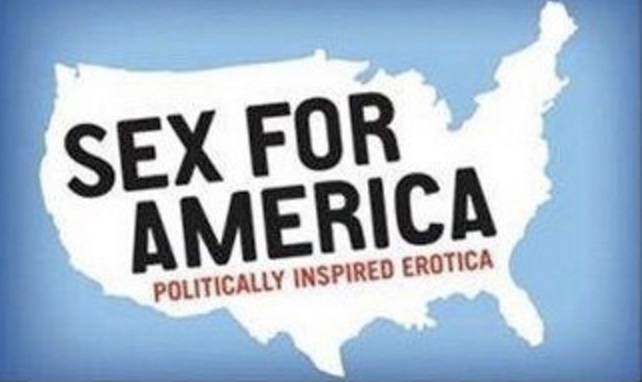 A few years ago, I read somewhere that we had it all wrong: that the Democrats’ real obsession is with money not with sex, and that the Republicans’ real obsession is with sex not with money.   Now, I have a hard time believing the statement about the Democrats considering Bill I-Did-Not-Have-Sexual-Relations-With-That-Woman Clinton, Eliot I-Spent-Over-$15000-On-Prostitutes Spitzer, and Anthony Here’s-A-Picture-Of-My-Wiener Weiner, to name a few.

I have no trouble, however, with the statement about the Republicans.  They are definitely obsessed with sex—repressing it, that is.  How else do you explain their positions on abstinence (you’re hell-bound if you have sex before marriage), birth control (women want it because they’re  SLUTS), and gay marriage (we know it’s not the marriage part that they’re against).

This constant focus on sex and their resistance to it makes them repressed, and this repression has to get released somehow. Well that, at least, is how I explain the crazies:  Michele Bachmann, Ann Coulter, Jan Brewer, Christine O’Donnell, Sharron Angle, for starters, and that’s just on the female side.  On the male side, some of the more prominent male crazies are:  Glenn Beck, Rick Perry, Rick Santorum and Rush Limbaugh. The same Rush Limbaugh, who to make his point about the insurance contraceptive mandate, said that if we had to pay for Fluke’s birth control pills, she should make a sex video so that we could watch.  I can’t think of a more appropriate response to this sick comment than WTF?

But Limbaugh’s comment is not that surprising after all.   The Republican party is a political soup made up of economic and social conservatives.  The infusion of a great amount of tea in the past four years has resulted in a very unsavory mix that very often just makes me want to puke.  Apart from all their economic and political nonsense, one thing is crystal clear:  the Republicans don’t have a very healthy attitude towards sex.

If Freud—who not only talked a lot about sex but also saw it as a major source of neurosis— were alive today, he could easily conclude that the Republican party is filled with too many who are sexually deprived, sexually depraved, or both.

But we don’t need Freud to know that sexually frustrated people can be miserable and, well, you know the rest of the story, “misery loves company.”  Actually, misery loves miserable company.  Republicans with their uptight, twisted, and guilt-ridden views on sex must be very sexually dissatisfied.  If they can’t be happy, why should the rest of us be?

By contrast, take a look at the Democrats.  They live and let live.  The result? I’d be hard-pressed to come up with a list of Democratic crazies half as long as the Republican one.  In fact, forget half a list.  I can’t think of the Democratic equivalent to any of the listed crazies above-named.

Maybe we Democrats need to start some kind of  “Sex for America” campaign, so that we can educate our Republican friends on the joys of sex.  A campaign to unite our country, get rid of  the anger and discord between us. Maybe with a more relaxed, fulfilled Republican party we can begin a process of true bipartisanship, and collaboration.  But, wait, if this means that it might actually be necessary  to have sex with them, I only have one thing left to say:  Screw that.

Note:  When I suggested a “Sex For America” campaign, I had no idea that there’s a book with this title.  I will make sure to read it soon.