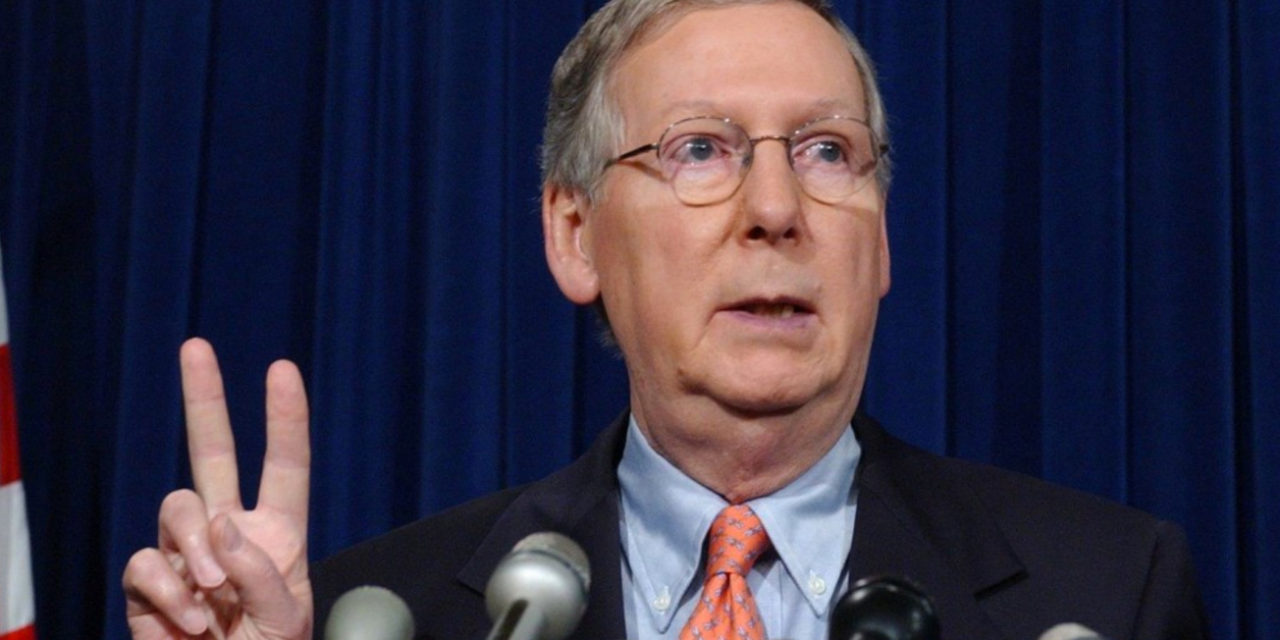 I am thoroughly disgusted with Senator Mitch McConnell and his refusal to consider, to even meet, President Obama’s nominee for the Supreme Court, Merrick Garland. But my feelings are not new. The post below was originally published on Nov 8th, 2012, at the height of my dislike for McConnell following President Obama’s re-election.

Unfortunately, he was re-elected again in 2014. Although he is not up for re-election until 2020, I still think that he has committed political malpractice against the American people and that he must go. 2020 cannot come soon enough.

In October 2010, Mitch McConnell, the Republican Senate Minority Leader said,  “my number one priority is making sure president Obama’s a one-term president,”  signaling a Republican scorched-earth, obstructionist strategy that has resulted in one of the least effective Congresses in the history of our country.

Fortunately, the American people did not forget his words nor the GOP’s actions in the past two years and, on Tuesday, sent a loud message about what we think of his now-irrelevant priority.   Nevertheless, one of the first Republican messages about the newly re-elected President came from Mitch McConnell:

The American people did two things: They gave President Obama a second chance to fix the problems that even he admits he failed to solve during his first four years in office, and they preserved Republican control of the House of Representatives.

The voters have not endorsed the failures or excesses of the president’s first term, they have simply given him more time to finish the job they asked him to do together with a Congress that restored balance to Washington after two years of one-party control.

Now it’s time for the president to propose solutions that actually have a chance of passing the Republican-controlled House of Representatives and a closely divided Senate, step up to the plate on the challenges of the moment, and deliver in a way that he did not in his first four years in office.

To the extent he wants to move to the political center, which is where the work gets done in a divided government, we’ll be there to meet him half way.  [UPI]

I’m enraged.  I don’t know if it’s because caught up in the emotion of the President’s reelection, I had a delusional fantasy that the GOP would now start working with President Obama and that this statement brought me to a rude—as in discourteous, disrespectful, churlish, ungracious, arrogant, offensive—awakening. Or, if it’s because the amount of lies and distortions in this statement are just too unbearable.

How dare he blame President Obama for failing to fix problems that the Republican party in their obstinate obstruction did not allow him to fix?  How dare he claim that the GOP majority House and minority Senate have restored balance to Washington in the last two years when they almost brought our country to bankruptcy during the debt-ceiling negotiations?

It’s up to the President to propose solutions that are agreeable to the GOP-controlled House?  Like when he proposed the new health-care plan that was, in fact, the plan Mitt Romney had instituted in Massachusetts?  Perhaps he meant that the President should propose a budget plan where he guts government services but continues to maintain the Bush tax cuts that have so greatly contributed to our current deficit.

He wants the President to move to the political center?  Maybe someone should tell him that the President has never moved from the center.  It was McConnell’s own party that went so much to the right that they are completely wrong for the majority of Americans. Lastly, in the most hypocritical of all statements, he declares that they’ll be there to meet him half way. How does he plan to meet the President half way when compromise has become a 4-letter word to Republicans, when they feel that compromise means that they don’t budge from their positions while the President must do exactly what the GOP wants?

There are just no words to describe how disgusted I am with McConnell’s words and his attitude.  We don’t need this kind of Senator in Congress, the kind that can’t wait, even one day, to spew division even when this has cost his party Senate seats and a Presidential election.  Frank Rich is right.  An Obama win will push the GOP even further to the right.

Mitch McConnell needs to go. I for one cannot wait until the 2014 midterm elections so that we can kick out this pompous ass. In fact, I’m making it my #1 priority to ensure that after 2014, he won’t serve another term as senator.  McConnell might not know me or the 65 million people who voted for President Obama, but we know exactly who he is. 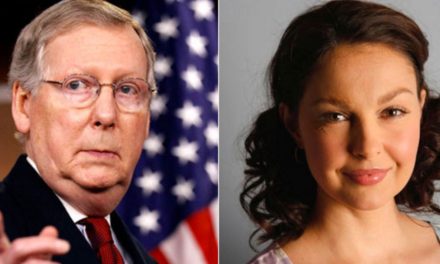