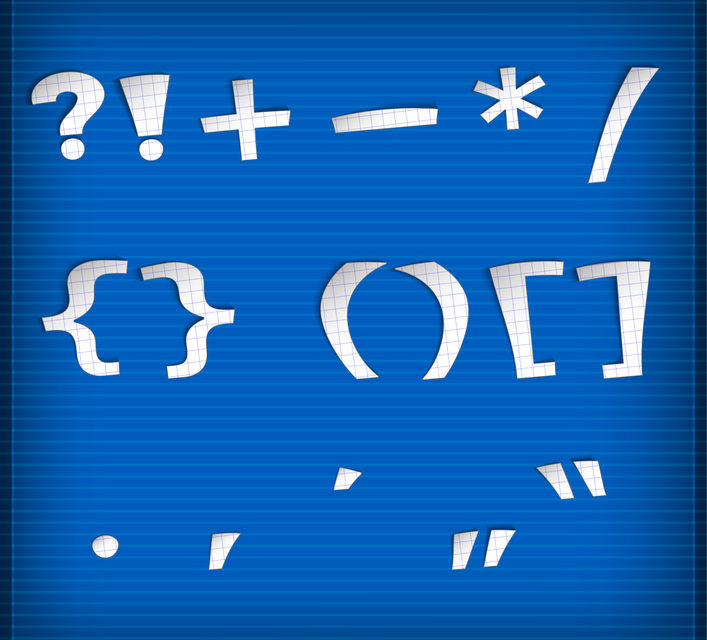 If you’re a “normal” person, it is highly likely that the grammar rule that you remember most readily from elementary school is that a period marks a full stop.  If you’re a normal person, this is probably as much as you want to know or care to know about a period.

If on the other hand you are a writer, or a writer-wannabe like yours truly, it is highly likely that you are obsessed with language and everything that it encompasses. You’re probably an avid reader. You treat grammar books with the same awe and respect as one would a classic like “War and Peace.”  You can enter a quasi-orgasmic mindset when someone points out to you that the sentence, “The quick brown fox jumps over the lazy sleeping dog,” uses all the letters of the alphabet, and then you spend a few post-orgasmic minutes verifying that this is indeed true.

You might be or know someone like this.  If not, I’ve just described myself to you.  I have told you all of this so that you can understand how overwhelmed with joy I was upon discovering a  Slate article titled, The Rise of  “Logical Punctuation”.

Right about now you might be feeling a bit uncomfortable.  This discomfort might very well be the result of you noticing that in the last sentence of the previous paragraph, the period after “Logical Punctuation”  is outside, not inside, the quotation marks.  That’s not it? Well then, it might be that  your discomfort is arising from confusion—something like “WTF am I still doing reading this article on punctuation?” Bear with me.

In a nutshell, in the American style of writing, periods and commas are always placed before the closing quotation marks.  In the British style of writing periods and commas are placed after the quotation marks (unless the period or comma appeared in the original quotation).  The British system is loftily called “logical punctuation.”  And no, the American system is not called “illogical punctuation,” although I strongly feel that it should be. The American system is actually called “aesthetic punctuation,” or “typesetters’ quotation.”  Each of these two punctuation systems explains the reasons for which Americans started placing the period and comma on the inside of  the quotation marks rather than on the outside.

“…was instituted in the early days of the Republic in order to ‘improve the appearance of the text.  A comma or period that follows a closing quotation mark appears to hang off by itself and creates a gap in the line…’”

Really? I don’t think that the period looks  lonely sitting  or “hanging” outside of the quotation marks.  It looks like that’s where it belongs, at the very end, period.  Furthermore, since when did the technical components of our written language enter a beauty contest?

Now the Typesetters’ quotation rule arose because the:

“…printing press [which used raised bits of metal to produce letters and punctuation marks] required that the easily damaged smallest pieces of type for the comma and full stop be protected behind the more robust [pieces of metal that generated] quotation marks.”

This already makes more sense to me  than the aesthetic explanation, which is purely subjective.  At least this system had a real-world objective: to physically protect the printing press from being damaged.  But now times have changed. In this digital age of typesetting, periods no longer need to be protected by quotation marks.  They should be free to venture outside all on their own.

According to Ben Yagoda, English professor at the University of Delaware and the author of the Slate article, currently the American rules prevail in the world of professionally edited writings (newspapers, magazines, edited online sites).  However, logic cannot be smit so easily.  You see, while professional editors continue to use the American style, the everyday/anywhere writers, whose writings (emails, work memos, text messages, blog posts) are not necessarily subject to an editor’s red pen, are instinctively gravitating towards “logical punctuation”.  I say instinctively because, let’s face it, it makes sense that only what was actually in the original quote would go inside the quotation marks.  Given that English is such a flexible language, one that easily adapts to common usage, it is likely that the future will be one in which the period and comma will forever reside outside the quotation marks, even in professional publications.  Or will they?  When Yagoda asked Feal and Carol Saller, who manage The Chicago Manual of Style (the bible of American grammar),  when they would adopt “logical punctuation,” they tartly answered,  “How about never? Is never good for you?”

Well, that seems to be a pretty rigid approach wouldn’t you say? To Feal and Carol I say,  “Hey guys, lighten up! If the British, who by the way invented the English language, have adopted “logical punctuation,”  why can’t we? After all, if we don’t, we might be inevitably and justifiably labeled “the illogical Americans,” and who would want that?