I’m scared. Tomorrow is Super Tuesday or Mega Tuesday (as some are calling it), and I’m worried.

Remember how sure I was three weeks ago when I wrote How And Why I Would Vote For Donald Trump? In that post, I told you why I would never, ever vote for Marco Rubio, and less for Ted Cruz. Back then I was also sure that if Hillary were to go head to head with The Donald in the presidential election, that she would win by a huge margin.

But then, I’ve been thinking, and reading, and watching a lot of stuff. I even watched Romney giving his anti-Trump speech (and I really don’t like watching Romney doing anything). However, the thing that I’ve been doing the most is imagining the Clinton/Trump debates.

Will Clinton be able to withstand Trump’s attacks on a debate stage? Will she be able to put him on the defensive? Now, I think that Hillary Clinton is smart and tough and the most qualified of the entire bunch (those still running and those who bowed out). But is she prepared to face Trump?

Trump does not play by the rules. He is a disrupter. When debating, he’s an entertaining disrupter who says a few truths amongst the many atrocities that he spews out. But those truths hit the public nerve and make his opponents nervous and incapable to really strike back.

As much as I want Hillary Clinton for president, I am not blind to the fact that she comes with a lot of political baggage, some her own and some thrown at her by her long-time opponents. She will not be able to escape Trump’s scrutiny or his flare for airing out dirty laundry.

Hillary will also have to carry the burden of being a woman running for, what has been so far in our still sexist country, a man’s job. Her debate performance will have to be at least twice as good as that of any man who has faced Trump so far.

I only hope that she’s as worried as I am, and that she has taken the necessary steps to prepare herself to debate The Donald. No scenarios should be ignored. She should do debates where mock-Trump hurls insults at her and interrupts her continuously to ones where he’s conciliatory, even flirtatious. Yes, you never know what to expect from the GOP’s out-of-control creation, Trumpenstein (my very own name for him).

Will this be enough? Who knows? With an electorate angry with establishment Washington and fascinated with reality TV, with a media that focuses more on superficial stuff than on real issues, and with The Donald in the mix, even Hillary giving her best in the debates might not be good enough. I hope that I’m totally wrong. 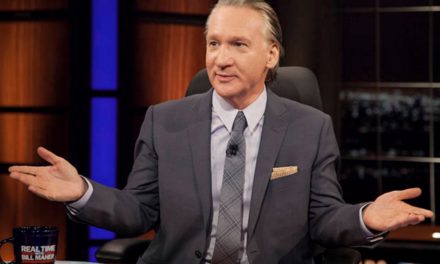