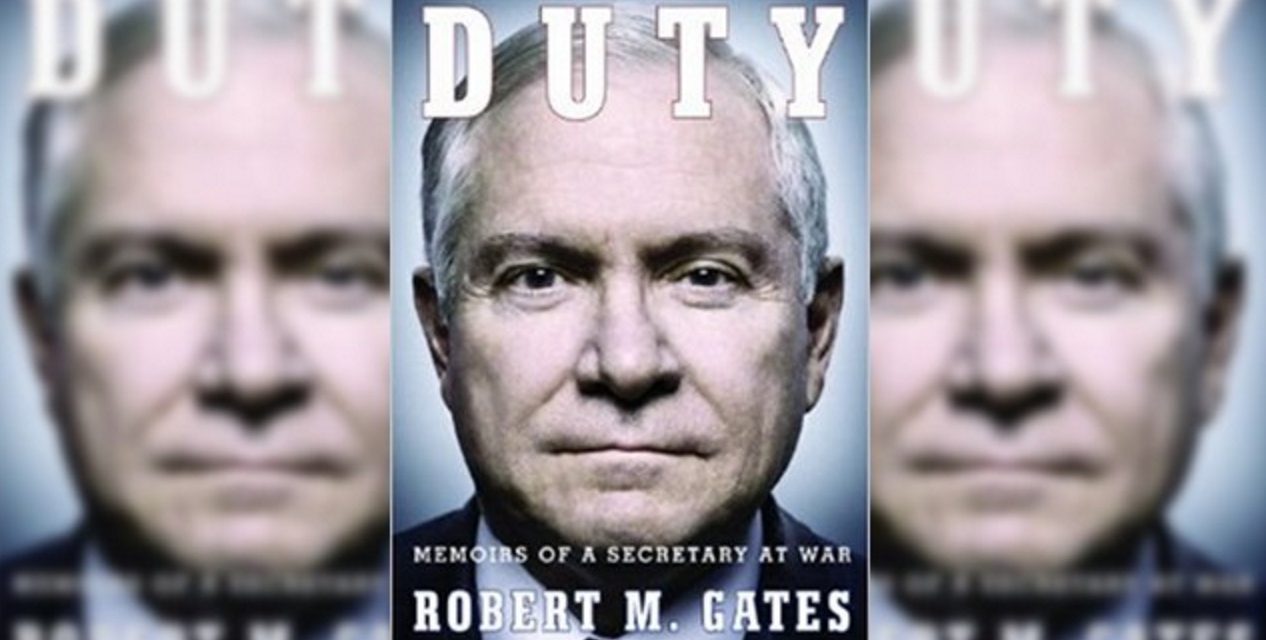 I was hesitant to write this post about former Secretary of Defense Robert Gates’ new book Duty: Memoirs Of A Secretary At War because I haven’t read the book.

However, because I’ve read various excerpts from the book, I feel the need to give a few opinions.

First, I’m extremely disappointed with him. Gates was one of the few Republicans that I liked and admired. He always gave the impression of being a no-nonsense, non-partisan public servant with a lot of integrity. Instead, he is just another Obama-basher. The Washington Post in an article entitled, Robert Gates, former defense secretary, offers harsh critique of Obama’s leadership in “Duty” declares,

It is rare for a former Cabinet member, let alone a defense secretary occupying a central position in the chain of command, to publish such an antagonistic portrait of a sitting president.

But maybe I shouldn’t be surprised. It has been the GOP’s modus operandi to show unprecedented levels of disrespect to President Obama, after all what’s a black guy [who is not a butler] doing in The White House? No, I’m not saying that every criticism directed at President Obama—including Gates’— stems from racism, nor that no one has the right to disagree with the President. What I’m saying is that the threshold of what’s acceptable when talking about and to the U.S. President has been so severely lowered, since President Obama was elected, that it has fostered a climate where Gates apparently sees no problem “to publish such an antagonistic portrait of a sitting president.”

Why did Gates do it? Frankly, I think that it has more to do with how Gates feels about himself than about how he feels about President Obama.  To put it simply, I think that “Duty” is an aggressive component and consequence of a passive-aggressive personality. Deep in his soul Gates must blame himself for not having been more assertive during his tenure. From the same article in The Washington Post,

The sometimes bitter tone in Gates’s 594-page account contrasts sharply with the even-tempered image that he cultivated during his many years of government service…In “Duty,” Gates describes his outwardly calm demeanor as a facade. Underneath, he writes, he was frequently “seething” and “running out of patience on multiple fronts.”

On the Afghan surge strategy, after President Obama calls a meeting and shows that he’s not happy that Petraus told the press that he was uncomfortable with setting a fixed withdrawal date,

“I was pretty upset myself. I thought implicitly accusing” Petraeus, and perhaps Mullen and Gates himself, “of gaming him in front of thirty people in the Situation Room was inappropriate, not to mention highly disrespectful of Petraeus. As I sat there, I thought: the president doesn’t trust his commander, can’t stand [Afghanistan President Hamid] Karzai, doesn’t believe in his own strategy, and doesn’t consider the war to be his. For him, it’s all about getting out.”

Then on the Haitian disaster relief,

Donilon was “complaining about how long we were taking,” Gates writes. “Then he went too far, questioning in front of the president and a roomful of people whether General [Douglas] Fraser [head of the U.S. Southern Command] was competent to lead this effort. I’ve rarely been angrier in the Oval Office than I was at that moment….My initial instinct was to storm out, telling the president on the way that he didn’t need two secretaries of defense. It took every bit of my self-discipline to stay seated on the sofa.”

Gates sounds like a whiny ball-less wimp who needs to write a memoir that makes everyone look bad so that he can be able to look at himself in the mirror every morning. He himself admits,

“I never confronted Obama directly over what I … saw as the president’s determination that the White House tightly control every aspect of national security policy and even operations.”

I know that’s a pretty harsh assessment, but I have a real problem with those who have held positions of power and then behave like ordinary gossipmongers,

Did it ever occur to Gates that the reason President Obama and Secretary Clinton were speaking so openly in front of him was because they trusted him? Clearly they shouldn’t have. What is truly surprising and dismaying is that he would write such a memoir and publish it at a time when our country is facing so many foreign policy challenges.

I find it ironic that Gates titled his book “Duty,” since he has violated the first duty of an ex-Cabinet member, to keep his mouth shut—or at least to wait a few years until the President he has served is no longer in office, before opening it. 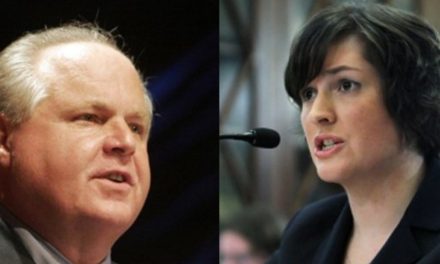