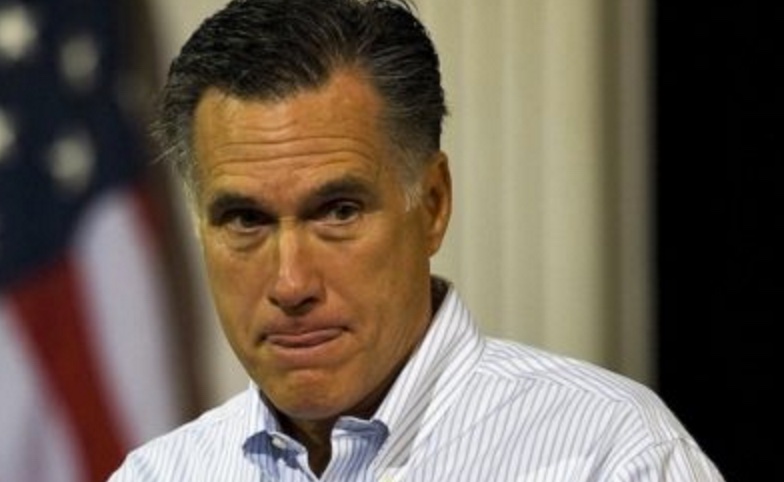 In his first TV interview since the election, Mitt Romney told Chris Wallace of Fox News that on Election Day he was convinced that he was going to win, and that only when he started seeing the results coming in from Ohio did he realize that it would not be possible. Talk about delusional. I know that in Monday’s post Why I Haven’t Written About The Sequester I wrote that the GOP is everything but delusional, however, Romney is a definite exception.

Ann Romney, who in contrast to Mitt riding around in a high horsepower car coped with his loss by riding actual horses, told Wallace, “I totally believe at this moment, if Mitt were there in the office, that we would not be facing sequestration right now.” For the first time ever, I agree with her. If her husband were in the White House, the biggest cuts that we would be seeing would be on taxes for the very rich.

As to the main reason for his loss, Romney admitted his campaign’s failure to win the minority vote, and said this about his 47% remark:

“You know when you speak in private, you don’t spend as much time thinking about how something could be twisted and distorted and could come out wrong and be used, but you know I did and it was very harmful. What I said is not what I believe.  Obviously, my whole campaign, my whole life has been devoted to helping people, all the people…” [YouTube]

Personally, I don’t see how Romney’s 47% statement could have been twisted or distorted. It couldn’t have been any clearer. More importantly, Romney’s explanation shows that he believes that when you speak in private, among friends (or at the very least, among big donors) you can be more yourself, say what you feel without having to measure your words, which is exactly how he behaved. On the other hand, if we accept that he really doesn’t believe what he said about the 47%, why then did he say it?

Peter Beinart from The Daily Beast picked up on another statement that he believes shows Romney’s classist 47%  U.S. view:

He explained his defeat by noting that “the president had the power of incumbency. Obamacare was very attractive, particularly to those without health insurance. And they came out in large numbers to vote.” The giveaway is the phrase “power of incumbency.” When people discuss the “power of incumbency” in a presidential election, they’re usually referring to a president’s ability to give himself an unfair advantage—for instance, by using patronage to woo politically influential constituents. But the Affordable Care Act was not that. It was the signature legislative achievement of a president and a party that had for decades considered universal health care a moral imperative.

For Romney, however, giving poor people health care represents “the power of incumbency.” Which is to say, it’s a political bribe. [The Daily Beast]

In the end, Romney still can’t open his mouth to speak without inserting his foot in it. What’s more, he still doesn’t know, or doesn’t want us to know, who he is or what he stands for. Sometimes he doesn’t believe what he says, sometimes he doesn’t say what he believes and, in the meantime, we’ve fallen asleep. Romney told Wallace that it kills him not to be in the White House. Well, it would kill us if he were—in more ways than one.