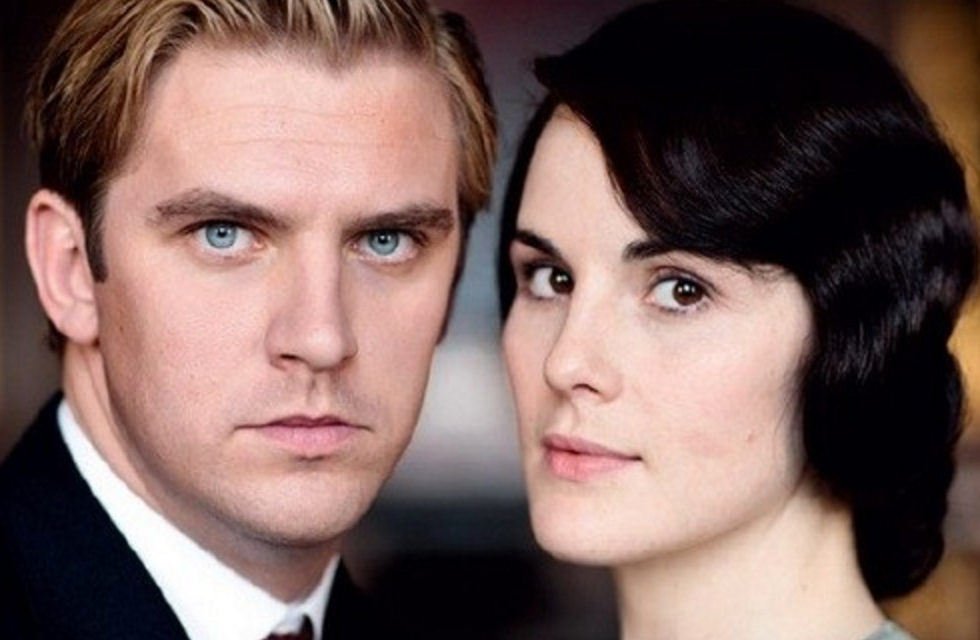 Yes, this post has a HUGE spoiler that you may or may not already know about.  But whatever the case may be, read on at your own risk.

Last night was the Season 3 premiere of Downton Abbey.  I’ve been holding my breath (not literally, of course) waiting for it all these months, but I’m sorry to say that I wasn’t quite into it as I’ve been in the past, and I think that I know why.

How could I possibly enjoy Matthew Crowley’s and Lady Mary’s wedding or anything in the first episode of season 3 when I already know that Crowley dies at the end of the season? I have a few things to say about all of this.

First, on the British:  How dare they broadcast the show in England before they show it in the U.S.? Season 3 ended in the U.K. on November 4th, 2012, but it’s just starting here.  Don’t they know we have about 260 million people more than they do and so our television market is much more important than theirs?  What were they thinking?

Probably not much, since they neglected to have the actors sign lifetime contracts (yes, lifetime, considering how successful the series has been). Instead, they are now faced with one of their main actors (Dan Stevens) leaving the show to pursue other acting opportunities. And no, they were probably not doing much thinking when they killed off the character (Matthew Crowley), instead of writing the script to allow for his return, in case those other acting opportunities don’t pan out.  Damn the British.

Second, on the internet:  I found out about Dan Stevens leaving the show on one of my google searches for the date of Season 3’s premiere.  Damn it.  Why does everyone have to say something on the internet?  Couldn’t all those TV critics, and entertainment sites keep their keyboards shut about Steven’s departure from the show, knowing that the American audience had yet to watch the first episode of season 3?  Is it too much to ask for a little bit less information?  Don’t they know that very often ignorance is indeed bliss?  Damn the internet.

Maybe I should do like I did with Prison Break.  After watching that show’s horrible finale, I decided to instruct my brain to delete every episode after Michael and Sara’s reunion.  I think that it was on a boat, if I remember well.  So maybe I should stop watching Downton Abbey now that Crowley & Lady Mary got married and pretend that they will live happily ever after.  That would be easier said than done if Downton Abbey were a much inferior series.  Damn Downton Abbey.