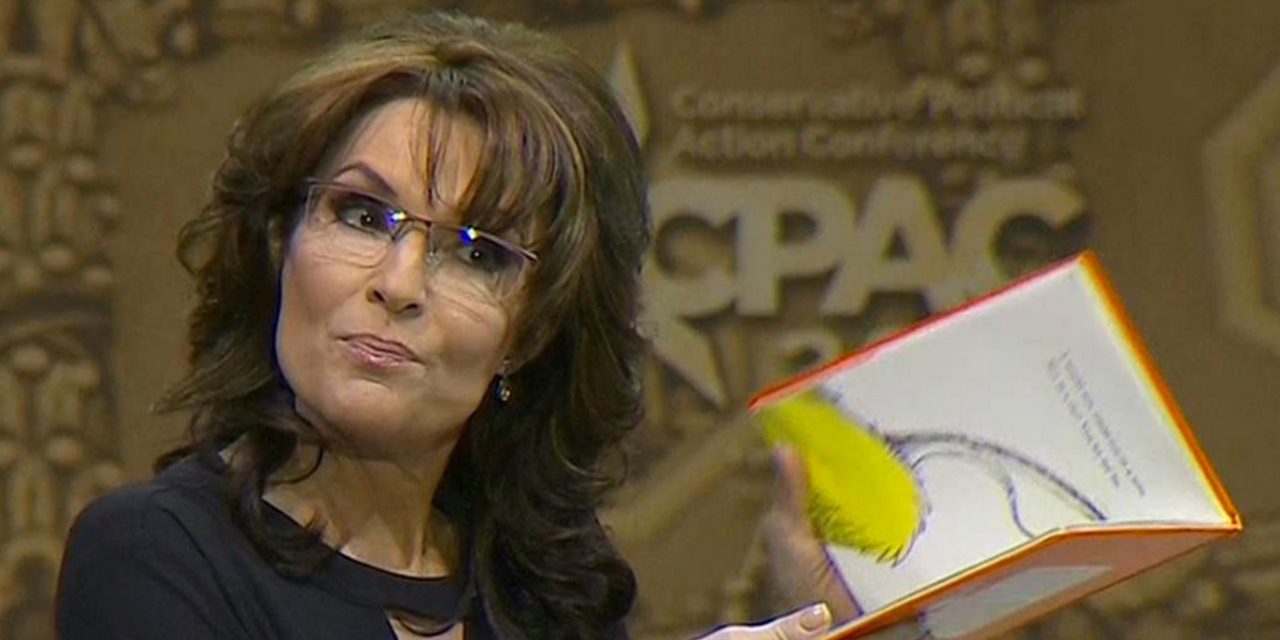 Last year I wrote a post entitled What CPAC 2013 Should Have Actually Been Called, after reading about the ridiculous appearances made by several “diminaries.” In case you don’t know, “diminary” is a term that I coined to describe people like Palin. It is the opposite of “luminary” and its definition is: an ignorant and/or manipulative person who inspires ignorant people. I’m quite pleased with the term.

But, moving on, little did I know that last year’s post would spark a tradition of sorts, since I find myself again writing another post on what this year’s CPAC should have been called. There is a marked difference between the two posts, however. This time I will not be using the titles of books and TV series for inspiration. This year my  desperation is coming from three diminaries in particular.

Ted Cruz: Opened up CPAC 2014 by telling the audience to “stand on principle.” This coming from a public servant whose main principle is to serve himself, which in turn could be the reason why he came in a distant second (11%) to Rand Paul (31%), in the conference’s presidential straw poll. After all, even delusional people want someone working for them.

Mitch McConnell: Came up on stage with a rifle. Before I read that it was a “…gift, a lifetime achievement award from the National Rifle Association, to his retiring colleague, Oklahoma Sen. Tom Coburn,” I wondered what kind of subliminal message McConnell was trying to send, “if you can’t beat them, shoot them”? Who knows? Since McConnell, himself, won’t say whether he even owns a gun after his little performance. BTW, I find it incredibly ironic that a gun is used as a lifetime achievement award, when guns usually cut short the time of life. But that’s just me.

Sarah Palin: Closed the conference, holding a Dr. Seuss’ Green Eggs and Ham book. I’m not sure why Cruz and Palin are so enamored of this book considering that it was written by a lifetime FDR liberal Democrat. I guess it’s just another one of those things that RWNJ’s do that just don’t make any sense to normal people. Her speech was filled with her signature stand-up-comedy one-liners such as: “The end of an error” for President Obama’s last term, “MSLSD” for MSNBC and what she believes are its “manufactured outrages,” and a Dr. Seuss-wannabe line, “I do not like this Uncle Sam. I do not like this healthcare scam.”

The Conservative Political Action Conference (CPAC 2014) is a testament to the fact that the Republican Party has been taken over by extremism and ignorance. As The Daily Beast reports, “On the list is Jenny Beth Martin, head of the Tea Party Patriots.  Off the list is House Speaker John Boehner, the highest-ranking Republican in Washington.” When a conference opens up with government-shutdown Ted, closes with Sarah Palin calling for a “Congress on Cruz-control”, and has Mitch McConnell, an establishment Republican, waving a rifle over his head on stage (to loud applause), it is time to rename it. I’ve decided on “Crazy People Acting Crazy.”

But, to be honest, this is not a great name. Most crazy people are not capable of rational thought. By contrast, today’s conniving, condescending, consumed [with hatred], and [intellectually] constipated tea-infused conservatives have, along with establishment Republicans, conspired to bring down the presidency of Barack Obama and to establish a vast right-wing power structure using obstruction, distortion, and all levels of trickery, at whatever the cost to the American people and to American democracy.