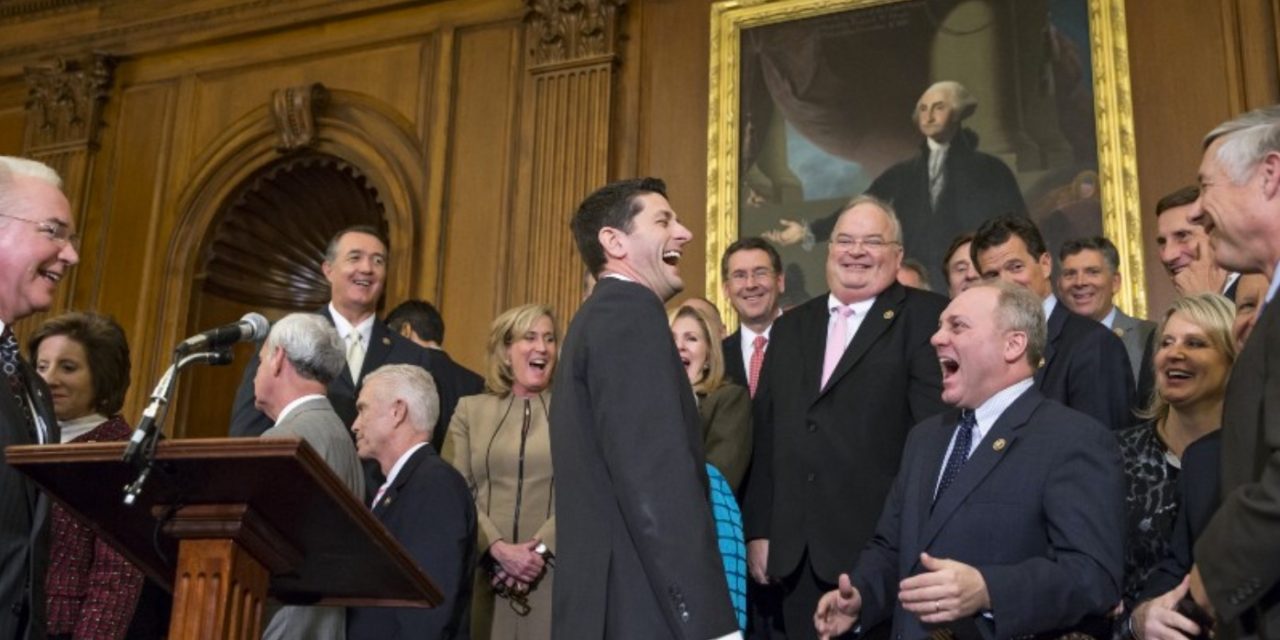 I’ve said it before, I don’t like to use the word evil in a political context. But, I’m being left with no choice.

The GOP refused to work with President Obama for his entire two-term/eight-year presidency, rejecting job and infrastructure bills that negatively impacted an economic recovery that could have been stronger and faster. This is evil. The GOP allowed Ted Cruz to shut down the government, over Obamacare, to increase his visibility for a Presidential run, even though no one in the party liked or approved of him. This is evil. They have tried to repeal Obamacare over 60 times since 2012, (this post’s photo shows the last time they tried in February of this year). They have tried to repeal it without offering a better replacement while lying to the American people about the benefits and flaws of the program time and time again. This is evil. Furthermore, Mitch McConnell has recently declared that repealing Obamacare is the first item on the Senate’s 2017 agenda, even though a new study from the Urban Institute estimates that repealing Obamacare could result in 59 million uninsured Americans. This is evil. No Congress has ever exercised the level of obstruction against any President that this GOP Congress has shown President Obama. Recently, I called the GOP a bunch of renegades, but Salon’s Conor Lynch gives them a better name in his article, “Stop calling the party of Donald Trump ‘conservative’: It’s a party of dangerous, destructive reactionaries”. He’s right.

Every morning when I wake up, I reach for my phone and I read the latest news, I think that it can’t get worse. Then, the next morning, it does. From Trump’s Cabinet picks to the potential for corruption due to his many conflicts of interest, to McConnell’s insistence on repealing Obamacare and to the Ryan-led GOP plan to change Social Security, it is an unending stream of bad news, decisions made for power, money, political gain, or made for ideology ignoring past economic and social data, regardless of the harm that they will inflict on millions of people, on our system of democracy, and on our planet. This is evil.

Now, the latest news regarding a CIA report that confirms that Russia hacked the Democrats is bad enough until we add another piece of information also reached with “high confidence” by our intelligence agencies that Russia also hacked the RNC, but did not release any of that information, pointing to Russia’s goal for a Trump victory.

But the news gets worse, in my opinion. Reince Priebus, current RNC chairman and future White House Chief of Staff, lied in a TV appearance on Meet The Press answering a question on whether or not Russia was involved in the 2016 election by saying  “…No, I don’t know it. There’s been no conclusive or specific report to say otherwise.”

Stop reading for one minute and think about this. A top GOP’er with access to intelligence briefing is saying that there’s no intelligence report confirming Russia’s involvement when a report does actually exist. Priebus and all those who are publicly denying or doubting Russia’s involvement are in fact spreading fake news. What’s worse, they are creating a chaotic system where, as Trump surrogate Scottie Nell Hughes explained, “there’s no such thing as facts”. If there are no facts, there’s no room for discussion, or compromise, or investigation when something goes wrong. Everyone is entitled to their own opinion and the one with the power rules. This is deliberate and gross manipulation. This is evil.

For the past week, I’ve been waking up with pain in my jaw. I must be gnashing my teeth while I sleep. Some might say that I’m overreacting. I am not. I recently read a tweet saying that we, Hillary supporters, should just shut up and take it, that we are feeling the same way that Trump supporters felt the two times that Obama won. I don’t see how, considering that Obama’s words always called for unity and that his actions were based on logic and moderation, except if they only watched Fox News, of course, which for years has spread outright lies and misinformation designed to increase ratings and push an ideological agenda, while calling itself “Fair & Balanced” . This is evil too.

I don’t know how we will be able to fight all of this. I keep thinking that it’s with facts, although I’ve already been proven wrong just last month. Yet, I still believe. Yes, the truth shall set us free. We’ll just have to wait a while. 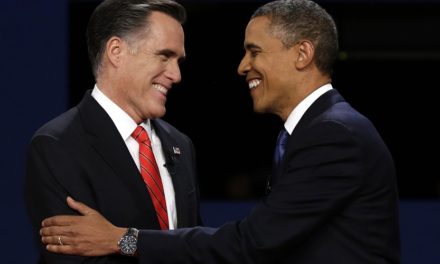