I’m sure that by now you’ve heard/read the story about Trump’s comments regarding the presiding judge in two Trump University lawsuits. Everyone, including Republican supporters of Trump, thinks that his remarks were racist. Well, I was going to write a post giving Trump the benefit of the doubt. Why? Because I don’t want to imitate today’s Republicans who have fallen into an echo chamber where they believe everything that they say and the worst of their opponents. More importantly, I don’t want to be manipulated by the press.

That said, let me be very clear. I do believe that Trump is a racist, a misogynist, a xenophobe, a homophobe, and a loudmouth. But what I had heard about the Judge Curiel incident didn’t convince me that his attack had to do with race. I believed it had more to do with Trump judging the judge by his own standards.

Since he announced his candidacy, Trump hasn’t stopped talking about building a wall at the U.S./Mexican border, even saying in a speech that Mexican immigrants are “…bringing drugs, they’re bringing crime, they’re rapists…”. It makes sense that he would wonder if a judge with Mexican ancestry could be fair given all that history. Even though I don’t like to agree with Trump, I can see his point. Let’s face it, although judges are trained to be impartial, they’re still human beings.

So, no, I wasn’t shocked that Trump was questioning the judge’s impartiality. After all, that seems quite mild next to his “rapists” comment. I was shocked at something else. That something else was Paul Ryan’s reaction to Trump’s comments. The Speaker of the House, third in line for the presidency, declared that Trump’s comments were “textbook definition of a racist comment…that should be absolutely disavowed… absolutely unacceptable”, while being flanked by African-American supporters, of course.

So unacceptable were those comments that he continues to back Trump. After all, in Ryan’s own words, “we have more common ground on the policy issues of the day, and we have more likelihood of getting our policies enacted with him than we do with her” (referring to Hillary Clinton). I agree with Ryan, today’s Republican Party has more in common with a racist demagogue than with a serious, tolerant, politician. Talk about taking our country back.

Back to Trump, in order to make sure that I was getting the story straight, I decided to watch the speech where he attacked Judge Curiel myself and also to read the speech’s transcript. This is what he said pertaining to the judge:

I have a judge who is a hater of Donald Trump. He’s a hater. His name is Gonzalo Curial. And he is not doing the right thing…

…We are in front of a very hostile judge. The judge was appointed by Barack Obama – federal judge. Frankly he should recuse himself. He has given us ruling after ruling, negative, negative, negative. I have a top lawyer who said he has never seen anything like this before…

…I think Judge Curiel should be ashamed of himself. I think it is a disgrace he is doing this…

…It is a disgrace. It is a rigged system. I had a rigged system, except we won by so much. This court system, the judges in this court system, federal court. They ought to look into Judge Curiel because what Judge Curiel is doing is a total disgrace. Ok? But we will come back in November. Wouldn’t that be wild if I am president and come back and do a civil case? Where everybody likes it.

Trump rambles on, stops in the middle of sentences, brings in related and unrelated details. He first gives the judge’s name, obviously Hispanic. He mentions he’s an Obama appointee, he then drops the “fact” that he’s Mexican, and finishes by saying that the system is rigged.

While I was watching Trump, I not only got the feeling that he’s a racist, I got the feeling that he’s a cynical manipulator who uses his words to target his followers’ basest emotions for personal, and now political, gain. Then, when he can no longer run away from his words, he gives a plausible explanation for his remarks, one that even I, who don’t like Trump, believed. Imagine all those who actually follow him. 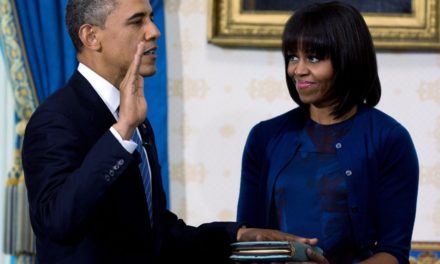