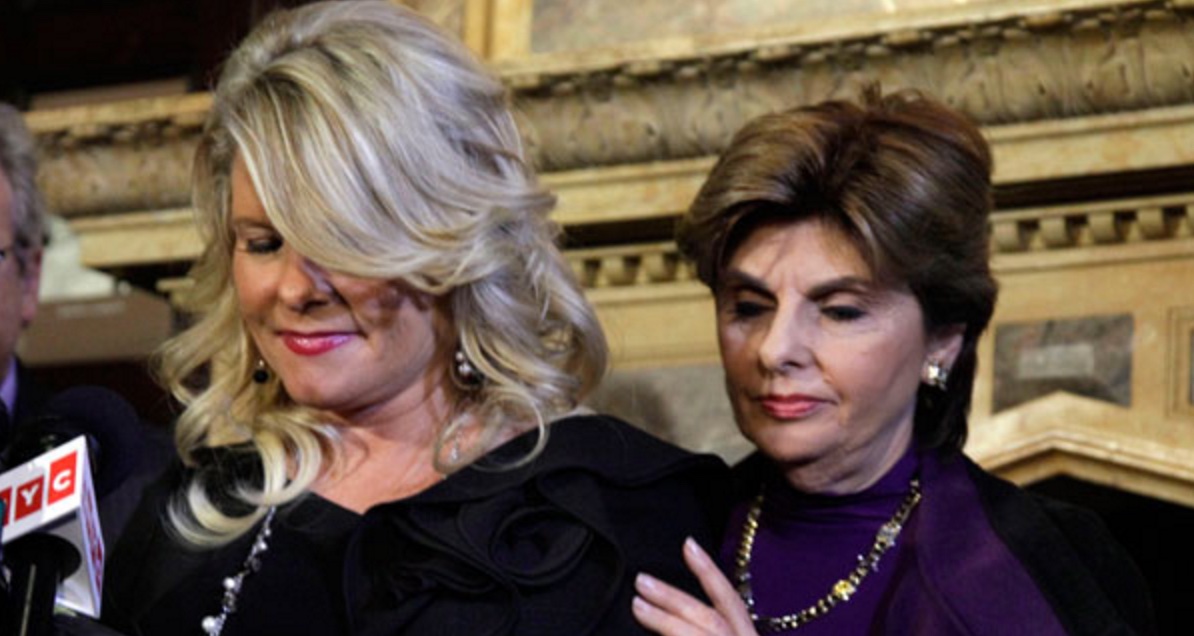 Sharon Bialek’s ex-boyfriend, Dr. Victor Zuckerman, has corroborated her story that Herman Cain groped her sexually in Washington in 1997.   In a press conference, Dr. Zuckerman revealed that Ms. Bialek had told him about the incident back in 1997 after returning from her trip:

“When she returned, she was upset,” Zuckerman said a news conference arranged by celebrity attorney Gloria Allred. “She said that something had happened and that Mr. Cain had touched her in an inappropriate manner.”

Allred is representing Bialek and arranged her public airing last week of the sexual groping allegation against Cain.

According to Bialek, they went out to dinner and the groping incident took place in a car ride afterward.

“He also grabbed my head and brought it towards his crotch,” Bialek told reporters last week. “I was very, very surprised and very shocked. I said, what are you doing? You know I have a boyfriend. This isn’t what I came here for. Mr. Cain said, ‘You want a job, right?’ I asked him to stop, and he did.” [CNN]

For those claiming a left-wing conspiracy,  CNN further reports: “Zuckerman, a pediatrician, described himself as a registered Republican who is not supporting any candidate so far in the 2012 presidential campaign.”

Well, it seems that Cain will not be able to survive this.  Four women have now accused him of sexual misconduct and one Republican male has come forward to back one of the accusers’ story.  I think it’s time for Cain to consider his Plan B.  Something tells me it might involve cheese and a 9.99 price tag.