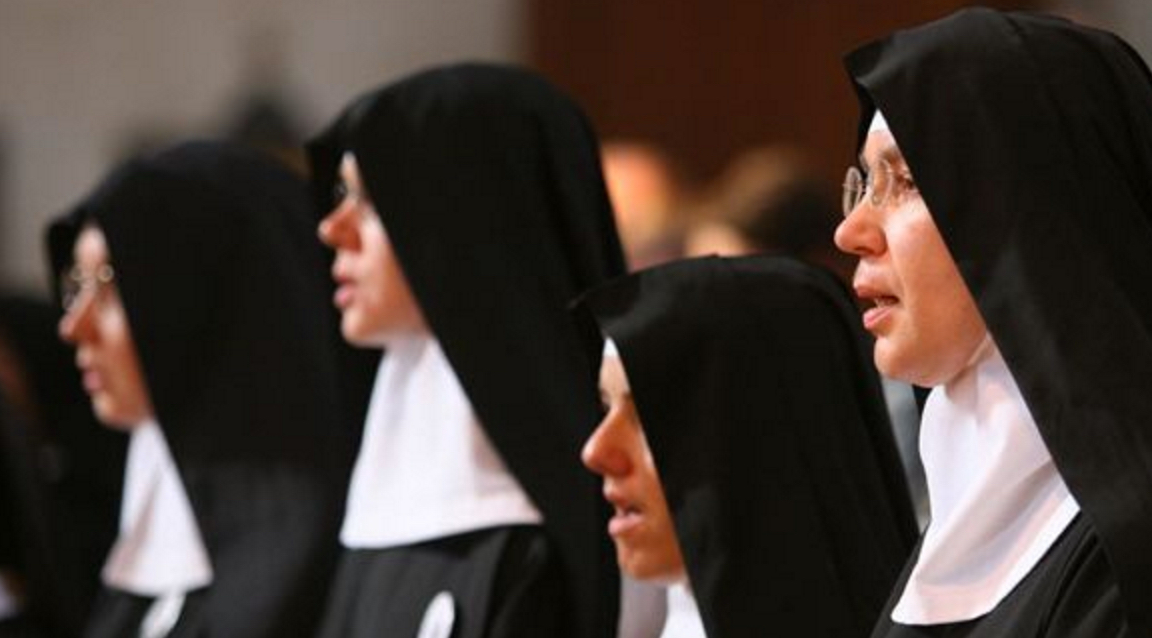 The Vatican has ruled that it’s had enough with American nuns after finalizing an investigation that began in 2008.  In a nutshell, the investigation has concluded that American nuns are radical feminists too concerned with poverty and economic injustice and not pro-life or anti-gay enough.

A group of bishops led by Cardinal William Levada has been given a maximum of five years to get the nuns under control.  To achieve this the group has been instructed to:  “revise the [nun] group’s statutes, approve of every speaker at the group’s public programs and replace a handbook the group used to facilitate dialogue on matters that the Vatican said should be settled doctrine.”

” The Vatican has appointed an American bishop to rein in the largest and most influential group of Catholic nuns in the United States, saying that an investigation found that the group had ‘serious doctrinal problems.’

The Vatican’s assessment, issued on Wednesday, said that members of the group, The Leadership Conference of Women Religious, had challenged church teaching on homosexuality and the male-oriented priesthood, and promoted ‘radical feminist themes incompatible with the Catholic faith.’

The sisters were also reprimanded for making public statements that ‘disagree with or challenge the bishops, who are the church’s authentic teachers of faith and morals.'”  [N.Y. Times]

Mmm, it seems that the Vatican is waging its own version of the war on women.  Only  bishops (read men) are the “authentic  teachers of faith and morals.”  The nuns (read women), regardless of their religious training and devotion, are only to be listened to when they’re making trouble (as defined by the church) in order to be subsequently muzzled.

Sister Simone Campbell whose group was accused of “keeping silent on abortion and same-sex marriage” believes that this is retaliation (although she doesn’t use this word) for the letter that dozens of sisters signed  in support of  President Obama’s health plan during the health care debate back in 2010, since American bishops were opposed to it.

Could these guys just be a bunch of  Republican right-wingers?  A more important question, however, is where were all these authentic teachers of morals when all those priests were molesting little boys?