All my good intentions of writing on Mondays and Fridays went out the window this week. Well, not totally. Here’s this week’s OpinionList.

Once Is Not Enough: MY team has won a second NBA championship spurring the Spurs back to San Antonio.  Na, na, na, na, na, na, na, na, hey, hey, hey, GOOD-BYE! I’m not gloating. I’m just THRILLED. I love those guys, each and every one of them. They’ve totally made my week. I hope that those Heat fans who left game 6 early learned a huge lesson. We stick around, people, not only to support our team through thick and thin, but because those guys can always turn up the heat and surprise us. I have nothing left to say except:  the Heat is definitely ON.

You Can Kiss My…Ring: Did he or he did not?  I’m talking about Vladimir Putin who vehemently denies that he stole a Super Bowl ring from New England Patriot’s owner Robert Kraft back in 2005 during the latter’s visit to Moscow. Kraft claims, “I took out the ring and showed it to (Putin). And he put it on and he goes, ‘I can kill someone with this ring,’ I put my hand out and he put it in his pocket, and three KGB guys got around him and walked out.”  After Putin’s spokesman said that he saw and heard Kraft making the gift (now displayed in the Kremlin library) to Putin, a Kraft spokesman said that  “the story is a humorous anecdote that Kraft ‘retells for laughs.'” I don’t think that Putin found the story funny. As for Kraft, he needs to come up with a different joke. Fast.

Rubio Smells The Coffee: It seems that Senator Marco Rubio is not very happy with some conservatives in his party; that is, the ones who are staunchly anti-immigration reform.  They claim that by giving amnesty to “undocumented Democrats,” a term first used by Jay Leno and rapidly been adopted by them, they will surely lose future presidential elections. This could be true or false depending on the behavior of Republicans in years to come. What is definitely true is that if the    GOP blocks immigration now and continues to be a party of exclusion, they will eventually self-destruct. I’d describe the GOP’s current situation on immigration as being stuck between coffee and tea. As for Rubio, I bet he’s smelling the coffee. Now, if he would only drink it.

Damned If We Do, Damned If We Don’t: Have you heard the latest? If you’re a woman and you want to be seen as a leader you can’t be too cheerful. According to a study conducted by Technische Universität München School of Management (yeah, I can’t pronounce it, either), men and women expressing pride (as in dignity) were more likely to be judged as leaders than those expressing happiness. But the women were judged even less capable of leadership roles than men if they were cheerful. Right, and when we are direct, or sure of what we want or demanding a certain level of performance, we’re considered bitches. I tell you, we just can’t win. Wait, actually we can. Let’s just be ourselves, and the world will catch up someday.

Cheney, You’re Such A Dick:  ABC News reports, “Former Vice President Dick Cheney defended the National Security Agency’s surveillance programs today, saying that had they been in effect over a decade ago, the Sept. 11 terrorist attacks might have been prevented.” But as Truth-Out reports, “There’s no chance that the National Security Agency’s domestic wiretapping initiative would have saved the lives of 3,000 American citizens if an intelligence memo titled “Bin Laden determined to attack inside US” that President Bush received a month before 9/11 couldn’t move Bush to take such threats seriously.”  No, Mr. Cheney, what would have prevented the 9/11 attacks would have been a Gore presidency.

You Should Have Stopped At N:  This is what Paula Deen said about using the N-word, “It’s just what they are — they’re jokes … most jokes are about Jewish people, rednecks, black folk … I can’t determine what offends another person.” Part of me wanted to understand what she was saying. After all, black people, themselves, use the N-word as a joke these days. But my attempt to keep an open mind went out the window when she explained her idea to cast black men as slaves for a wedding, “The whole entire waiter staff was middle-aged black men, and they had on beautiful white jackets with a black bow tie. I mean, it was really impressive. That restaurant represented a certain era in America … after the Civil War, during the Civil War, before the Civil War … It was not only black men, it was black women … I would say they were slaves.”  Maybe, Paula Deen can’t determine what offends another person but, unfortunately for her, we certainly can.

Zero Love For Serena: The #1 ranked female tennis star, Serena Williams, wasn’t getting any love for her comments about the 16-year old Steubenville rape victim in Ohio. In a Rolling Stone article she said that,  “She shouldn’t have put herself in that position,” and “I’m not blaming the girl, but if you’re a 16-year-old and you’re drunk like that, your parents should teach you: Don’t take drinks from other people.”  I wasn’t outraged at these comments because I interpreted them to mean that a 16-year old should never get that drunk. She’s right about that. I had more problems with the second part of the statement. Let’s face it, when you’re that drunk, you  don’t remember anything your parents said. Period.

But when I read the article, I saw her comments about the girl in another light. She seemed to have more sympathy for the rapists than for the victim. She said that the boys who committed the crime “did something stupid,” and added: “Do you think it was fair, what they got?”  Maybe she should have asked that about the victim. 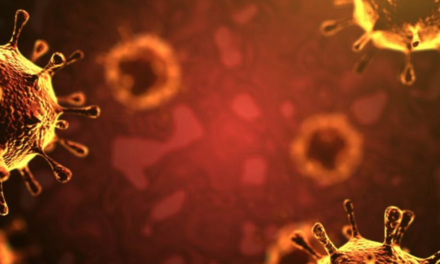