In my post Mitch McConnell must go, I was enraged at the statement that he made right after President Obama won re-election. The statement began like this, “The American people did two things: They gave President Obama a second chance to fix the problems that even he admits he failed to solve during his first four years in office, and they preserved Republican control of the House of Representatives.”

As it turns out the American people did not preserve Republican control of the House. It was preserved through GOP gerrymandering. Recently, the Republican State Leadership Committee issued a report entitled, “How a Strategy of Targeting State Legislative Races in 2010 Led to a Republican U.S. House Majority in 2013″. Salon explains,

The RSLC’s report…outlines how the group used $30 million to target Democratic-held state legislature races in 2010, in blue states like Pennsylvania, Ohio, Michigan and Wisconsin. In the midterms that year, Republicans went from controlling 14 state legislatures across the country to controlling 25.

By pumping money into the relatively small-time races, the RSLC pushed in Republican legislators who in turn influenced the redistricting process in their states, which gave Republicans an edge in a number of congressional races in the 2012 elections. [Salon]

In the report’s own words:

“The rationale was straightforward. Controlling the redistricting process in these states would have the greatest impact on determining how both state legislative and congressional district boundaries would be drawn. Drawing new district lines in states with the most redistricting activity presented the opportunity to solidify conservative policymaking at the state level and maintain a Republican stronghold in the U.S. House of Representatives for the next decade.”

The Center For American Progress explains “In 2012, Democratic House candidates received nearly 1.4 million more votes than their Republican counterparts. Yet Republican candidates currently hold a 33-seat majority in the House due in large part to the fact that Republican state legislatures controlled the redistricting process in several key states.”

Now, it’s bad enough that they:  1. Got away with it; 2. Are bragging about it; and 3. That this ensures a GOP-controlled House for 10 years. But what is even worse is that some in the GOP seem poised to further exploit gerrymandering. CNN reports that Virginia (although its Republican Governor Bob McDonnell is against it), Pennsylvania, Ohio and Michigan—blue states with GOP-controlled state legislatures—are considering going a step further to assign Electoral College votes by Congressional district. Currently, the only two states that follow this system are Nebraska and Maine.

While CNN explains that “From 2001 to 2006, bills proposing adoption of the district system were introduced in many states, but failed to pass…,”  I’m still deeply worried. The RLSC report shows the GOP’s blatant electoral manipulation. I am aware that historically both parties have engaged in gerrymandering. But when the GOP 2010 gerrymandering is added to the voter-suppression tactics employed in several states in 2012, and these are added to the GOP obstruction in Congress against President Obama in his first term, I am once again reminded that today’s GOPers will stop at nothing in their pursuit of power.

What can we, the people, do? When the party that distorts the President’s words and actions also distorts the democratic process so that the majority is silenced in the chamber of Congress that was precisely created to best reflect the will of the people; when a party’s actions put us in a position where the will of the few is imposed on the will of the many, what can we really do? If it’s true that the House is poised to keep a GOP majority for the next 10 years, what recourses are left to us?  How is it possible for Republicans to get away with so much abuse of power. Are they that good?  How can we Democrats allow them to do so. Are we that bad?

I don’t know. The only thing that occurs to me is that we must stay informed, stay vigilant, and stay involved in the political process so that even if, at times, those that will keep us from moving forward get ahead of us, we won’t ever make it easy for them. But we will need much more than this to preserve the bit of democracy that still makes us an example for the rest of the world. The question is what. 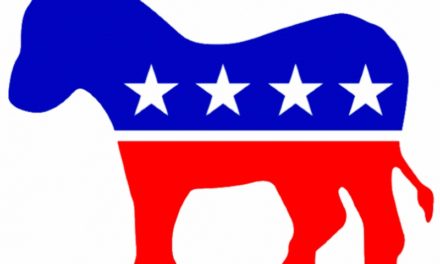