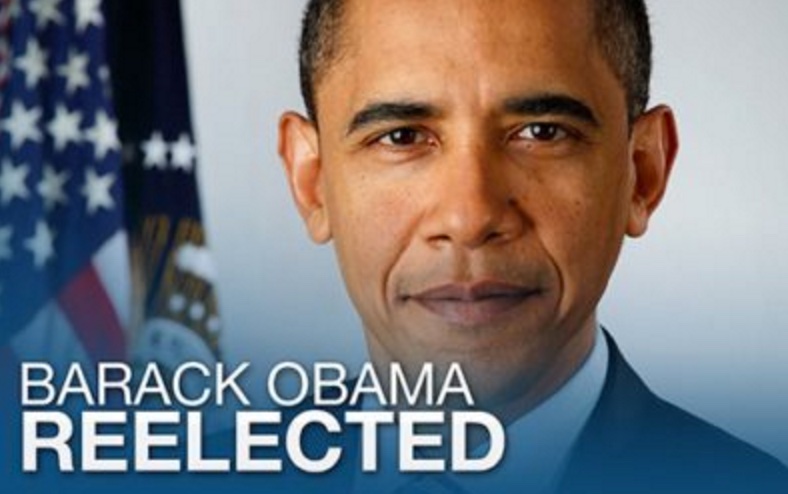 President Obama has won the 2012 Presidential Election. He has won a well-deserved re-election and tonight I celebrate, while I entertain a few thoughts:

1.  Yes, We Did! Against all odds, against the lies, the obstruction, the racism, the sexism, the homophobia, against divisiveness and hatred, we won. Yes, we did.

2.  Mitch McConnell:  If only I could have seen the fool while he was eating his heart out!

3.  Karl Rove is roving to irrelevance.

4.  The Donald has truly confirmed that he’s a total idiot, or as I like to call him, ” The Birthiot.”

5.  Now the GOP will either become less extremist (doubtful), or become more extremist (highly probable) and become better at hiding it (let’s not let them).

6.  There is an urgent need for a presidential election voting overhaul. It is inconceivable that in the 21st century, in the #1 nation in the world, voters had to stand in line for hours to cast their votes in some states.

7.  Citizens United has nothing to do with citizens and less with unity. For the sake of our democracy, our elections need to be decided by the people not by corporations and SuperPac money.

8.  Those who waged a war on women now know that they can’t mess with us. The femaleverse has struck back, not only by the number of women who voted for President Obama, but by those who won Senate seats.

9.  Latino voters are not won over by candidates speaking broken-Spanish campaign slogans. They are won over by logic and actions.

10.  We have 4 more years to continue leading our country in the right direction. We hope that Republicans will join us to move forward. But if they refuse, we have shown them, we will leave them behind.