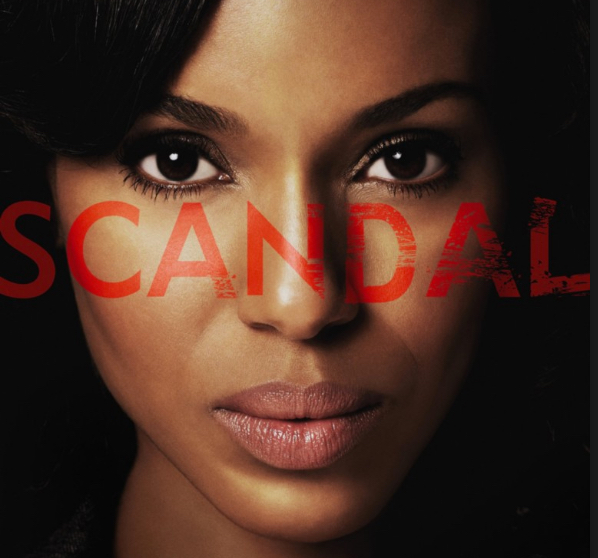 Unlike Revenge, which is getting more ridiculous by the episode with the whole story arc about “The Initiative,” Scandal continues to hook me week after week. I’m not quite sure what makes this show so watchable. Is it that for once it’s not about doctors, or that it’s about lawyers who don’t practice law? Could it be that it’s because it combines sex, politics, and power with that camera shutter click? Or is it that it’s the first TV show where the POTUS has hot quick sex in a computer mainframe room at the White House (and not with the FLOTUS)?

I have to admit that when I saw Fitz and Olivia’s quickie, I scoffed at the improbability of this happening in real life. But then again, we had a real-life President who was fond of playing around in the White House with a blue-dressed intern and his cigar. Sometimes reality is, indeed, stranger than fiction.

So, ok, sex in the computer room, totally believable. But I’ll tell you what is not. Fitz’s reaction, I should say one of  his reactions, after finding out about Defiance. Let’s see. He kills Supreme Court Justice Verna Thornton (believable, she only had a few days left anyway and he needed to protect his presidency), he shuts everyone out (believable), becomes an alcoholic (believable) and turns to Mellie for support (WHAT?!).

Mellie, the ambitious, manipulative wife he no longer loves and wants to divorce, because the bullet to his head made him realize that nothing is more important than being with the love of his life. Mellie, the woman he can’t wait to get rid of because he realizes that she loves her position as First Lady more than she loves him, and because she will do anything, including putting her unborn child at risk by inducing labor one full month before her due date, in order to get him to stay in the marriage.

It makes absolutely no sense for Fitz to have turned to Mellie for support, regardless of how angry, hurt and betrayed he felt, and his little speech to her about how she’s always been transparent about her ambition feels weak, a flimsy justification for their instantaneous reconciliation, in order to take the plot in a different direction. Nothing less than his total repudiation of Mellie makes any sense, even if he must stay in the marriage for political reasons.

I also find it increasingly hard to swallow that he’s taking so long to speak with Olivia, to listen to her and give her a chance to explain herself (even if he still cannot forgive her) when he, himself, committed the ultimate crime by killing Justice Thornton. Surely, his actions must have shown him how sometimes we make terrible decisions because we are utterly convinced that no other options are left.

This kind of sloppy writing is what prevents Scandal from being a great TV series. Great television does not require suspension of disbelief. Everything fits and everything makes sense, and when it doesn’t, the writers make sure to tie up loose ends nicely at some point. I’m thinking of Breaking Bad, the meeting between Walter White and Donald (Jane’s father) at a bar, right after Walter has witnessed Jane’s death without intervening to save her. A few episodes later Walter explains to Jesse how statistically impossible it is for him to have met Jane’s dad, and suddenly we accept that it’s possible; that life, real life, is filled with statistically-impossible events just like the Walter/Donald meeting because we, ourselves, have experienced them.

So, no, Scandal, is not great television, but it has potential. In the meantime, it is good enough. Good enough for me to be addicted to it because, well, I really don’t know. I do know that I’ve never enjoyed being scandalized so much, flaws and all.