Sports is serious business to the Texas Association of Private and Parochial Schools (TAPPS) which organizes competitions for over 200 schools in the state.  So serious that its members felt the need to bring God and religion into their association entrance process.  This was certainly the case when the Islamic private school Iman Academy SW asked to join the organization in order to provide its students more opportunity for competitive sports events.   In order to ensure that the academy’s intentions were “pure,” TAPPS decided to send a little questionnaire to the school which included these questions:

—”Historically, there is nothing in the Koran that fully embraces Christianity or Judaism in the way a Christian and/or a Jew understands his religion. Why, then, are you interested in joining an association whose basic beliefs your religion condemns?”

—”It is our understanding that the Koran tells you not to mix with (and even eliminate) the infidels. Christians and Jews fall into that category. Why do you wish to join an organization whose membership is in disagreement with your religious beliefs?”

As it turns out, even though Iman Academy SW dutifully filled out the questionnaire, the school was denied membership. The academy decided not to appeal the decision declaring, “We didn’t want to bring any negative attention to the school.  We know our kids are just as American as their kids. We just wanted to play ball.”

Look, I know religion is a touchy subject, but this is just stupid.  Iman Academy SW, a private school, wanted to join the association so that its students could play SPORTS not engage in religious debates. But this is not the only example of TAPPS inflexibility.  Back in February, TAPPS had run into controversy when it refused to re-schedule a game that fell on the Sabbath for an Orthodox Jewish school.  After some legal wrangling, the schedule was changed.  It seems to me that if  TAPPS  has a problem with the beliefs and/or customs of other religions, then they should only accept parochial (as in Christian) schools.  In that case, they should change their name to TAPS or TACS.

While TAPPS claims that the issue with the Jewish school concerned scheduling and not religion, it’s clear that Iman Academy SW was turned down because it’s an Islamic school.  According to the New York Times, TAPPS sent similar questionnaires to two other Islamic schools (which did not fill them out).  Since the unfortunate events of  9/11, there’s a lot of misunderstanding of the Islamic faith and discrimination against Muslims in our country.   This is due to fear.  When we don’t know something we fear it, we reject it, especially when that something, through the work of extremists, is associated with the horrible death of over 3,000 human beings.

But, in moments like this, when a group of children just want to play ball, we must decide if we we allow fear to rule us or if we follow what most religions preach, “love thy neighbor.”  If  TAPPS cannot find a way to manage religious diversity in an open-minded way then, in fact, their name is quite appropriate.  The other meaning of parochial is:  “having a limited or narrow outlook or scope.” 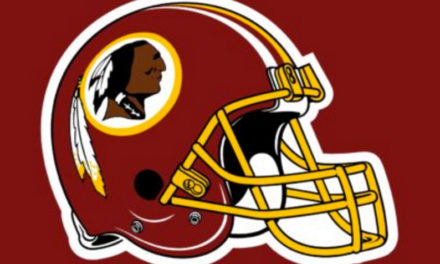