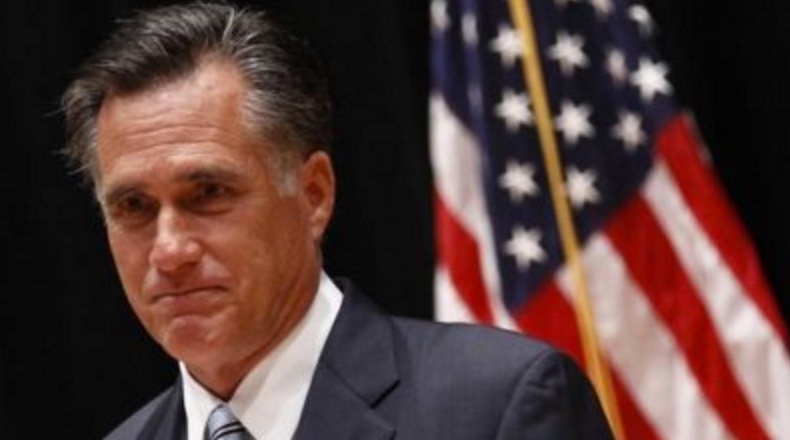 I don’t know why I’m writing about Mitt Romney, again.  I’ve been enjoying an attack of Romnesia ever since President Obama won re-election 9 days ago that has been doing my brain quite a lot of good.

But, my Romnesia was rudely interrupted yesterday afternoon when I read the New York Times’ article, Romney Blames Loss On Obama’s “Gifts” To Minorities And Young Voters:

“With regards to the young people, for instance, a forgiveness of college loan interest, was a big gift.”   Free contraceptives were very big with young college-aged women. And then, finally, Obamacare also made a difference for them, because as you know, anybody now 26 years of age and younger was now going to be part of their parents’ plan, and that was a big gift to young people.”

On healthcare, he said that the President’s plan had resonated with African-Americans and Hispanics:

By the way, I found it curious that for once he didn’t call the President’s healthcare plan “Obamacare.”   It must be hard to have your healthcare plan declared  “the law of the land” but bearing the name of the opponent who so decidedly trounced you.

“But in addition with regards to Hispanic voters, the amnesty for children of illegals, the so-called Dream Act kids, was a huge plus for that voting group.”

I have so many problems with his statements that I don’t know where to begin. But, I’ll try to stay concise.  Better loan terms for the young to get through college is not only the moral thing to do, it is economically smart.  A large college-educated workforce can compete in the global economy.

If Romney cannot understand how voters (Hispanic or not) would not see the logic of granting amnesty to those who were illegally brought here as children through no fault of their own, who have grown up here, studied here, made friendships and fallen in love for the first time here, who only know this country as their home because it is, it means that he’s heartless.

If Romney recognizes that affordable healthcare has a huge impact on families making around $30,000 a year and he still declared that if elected he would “repeal Obamacare on day one,”  it means that he is not only heartless but politically brainless as well.

Romney also stated, “Our strategy worked well with many people, but for those who were given a specific gift, if you will, our strategy did not work terribly well.”  Gifts? Gifts are what you give people on their birthdays. The opportunity to get an education and enjoy affordable healthcare is what a functioning democracy should provide its citizens.  A path to citizenship for those who are productive members of society is how our country was built.

Romney’s “Obama gifts” comments are confirmation that he truly believes what he said in his 47% speech, that President Obama voters  “…believe that government has a responsibility to care for them, who believe that they are entitled to health care…to you name it. That that’s an entitlement. And the government should give it to them. And they will vote for this president no matter what.”  Despite the backlash he got from uttering these words, he joins Bill O’Reilly in his erroneous conviction that those who vote for President Obama are basically freeloaders who “want stuff.”

The most amazing thing that these latest Romney statements show, however, is how delusional he is regarding his competence and political acumen.  He actually believes that he ran a great campaign. He has learned nothing.  Somebody should tell him that the reason President Obama won is not because he gave minorities gifts, but because he thinks that the President did.